Team India’s hopes in England were hit hard, partner’s shot gave pain, this fast bowler out of the tour! 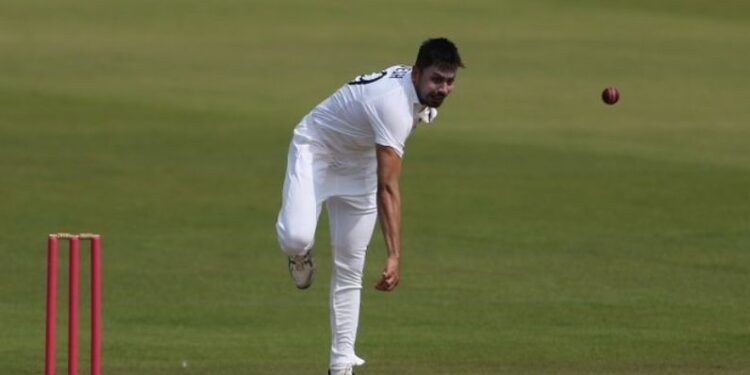 Even before the start of the Test series against England, Indian players have started coming in the grip of injuries. After opener Shubman Gill, now a fast bowler has also been almost out of this tour.

Avesh Khan was injured on the first day of the practice match.

The series of injuries to the players of the Indian cricket team that went on the tour of England is increasing. After opener Shubman Gill, now fast bowler Avesh Khan has also been almost out of this tour due to injury. Young fast bowler Avesh Khan suffered a left thumb injury while playing for County XI on the first day of India’s first-class practice match in Durham. His thumb got dislocated after being hit by the ball and he was out of the match. Also, he is almost certain to be out of the England tour. Right-arm fast bowler Avesh was representing the host team after some County XI players went on mandatory isolation after coming in contact with COVID-19 positive people. Earlier, Virat Kohli and Ajinkya Rahane also could not play in the practice match due to injury.

A senior official of the Board of Control for Cricket in India (BCCI) has said that Charge, who was on the tour as a standby player, could be out for a long time due to injury and the Indian team management ahead of the Test series starting at Trentbridge, Nottingham on August 4. Will have at least one net bowler less. A BCCI source said, ‘Leave this match alone, Avesh is not likely to participate further in this series as well. He has a fracture in his thumb. He will not be able to bowl for at least a month and after that his rehabilitation is expected to start. The situation will be clear in the next three days.

The BCCI did not elaborate on Avesh’s injury on Wednesday but said “fast bowler Avesh Khan will be under the supervision of the medical team.” He will not be able to take part in the second and third day’s play of the practice match.

Avesh was injured on the fifth ball of his 10th over in the post-lunch session on the first day on Tuesday. He was blocking Hanuma Vihari’s shot. He appeared to be in great pain after being hit by the ball and was immediately given medical attention and a commentator on Durham’s YouTube channel was heard saying the injury could be serious. The 24-year-old Avesh has so far taken 100 wickets in 26 first-class matches and many believed that he could have got a debut during the five-match Test series against England.