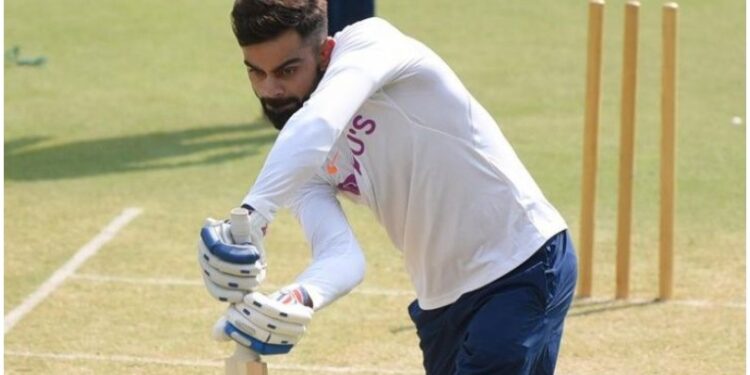 The match was drawn between England and New Zealand. But the tension of Team India has increased. He will now have to do what Pakistan did 3 years ago.

England lost to Pakistan for the last time at Lord’s

Team India has to create history in England. He has to do a clean sweep. To do something like what was done in Australia a few months ago, then the formula of Pakistan will have to be adopted. And, adopting has now become a compulsion. That is, Virat and Company (Virat Kohli & Company) will have to try it in any case. This situation has arisen in front of Indian cricket after the drawn first Test match between New Zealand and England.

The first match of the 2-Test series between the two teams was played at Lord’s, the Mecca of cricket. This match could not reach any result as the third day was washed out in rain. And, with the draw, both the teams shook hands. Now, the match was drawn between England and New Zealand. But the tension of Team India has increased. He will now have to do what Pakistan did 3 years ago.

England lost to Pakistan for the last time at Lord’s

After taking the WTC Final game, Team India has to play a series of 5 Tests from England. Many cricket pundits have predicted the victory of Team India in this series. Some have even read the ballads of clean sweep. But, this can happen only when Team India will win the second of the series i.e. Test match to be played at Lord’s from August 12. But, at Lord’s it is England that never loses. The last time the England team lost a Test match to Pakistan at Lord’s was in 2018. New Zealand had a chance, but unfortunately rain became a hindrance and the match ended in a draw. After the draw with New Zealand, the number of matches for his consecutive unbeaten run at Lord’s has increased to 4. This is his second long streak of invincibility at Lord’s after 13 consecutive matches between 2006 and 2012.

New Zealand failed, now Team India will have to do this work

That is, the work that New Zealand could not do now, Team India will have to do in the Test series against England. That is, something has to be done as Pakistan did 3 years ago. If India beats England at Lord’s in the second match of the Test series, it will not only put an end to their losing streak at this ground, but also the second team after Pakistan to beat them at the Mecca of cricket in the last 3 years. will form. Not only this, by doing this he can also give wings to his clean sweep story.

Also read: Only one boundary in 20 overs, a match locking the mouth of those who call T20 a batsman’s game