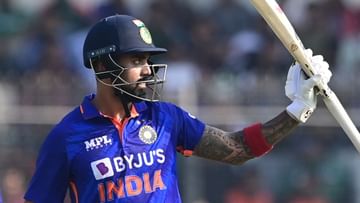 In the first ODI against Bangladesh, where all the batsmen of Team India failed, KL Rahul faced it strongly and scored 73 runs. However, he disappointed in the keeping.

The first ODI match against Bangladesh in Mirpur for Team India did not go as per expectations. Team India came close to winning despite a small score in a tumultuous match and then squandered that chance. in this match for the team KL Rahul Attracted everyone’s attention. First he got the responsibility of wicketkeeping. Then alone he played a strong innings but dropped an important catch in the last. Despite this, it is quite possible that he can be seen in this role in the coming times as well. Rahul himself revealed that the team management has asked him to be ready for this.

Rahul, who is opening for the team in T20 cricket, has batted in the middle order in ODIs in the last one or two years. Apart from this, he also did wicketkeeping in some ODIs last year. Then in this series, due to the sudden exit of Rishabh Pant, the main wicketkeeper of the team, he has again got a chance to fulfill this responsibility. In the first ODI against Bangladesh on Sunday, he played an inning of 73 runs batting at number five. Then also did the work of wicketkeeping.

Even though Rahul was India’s star in this match with the bat, he was disappointed at the last moment on the keeping front. He dropped the catch of Mehidy Hasan Miraj, who finally defeated India by playing a strong innings. In the press conference after the match, Rahul said on the question about keeping that he has been asked by the team management (Captain Rohit, Coach Rahul) to be ready. They told,

We haven’t played many ODIs in the last 8-9 months, but if you look at 2020-21, I have kept wickets and I have also batted at number four-five. The team has asked me for this role. I am ready for this role in white ball cricket.

Expressed himself the desire of wicketkeeping

Rahul himself had said two years ago that he would like to play the role of the wicketkeeper of the team in ODIs and T20s and especially till the 2023 World Cup, he aspired to become the wicketkeeper of the team. Although the possibility of this was less till now, but due to Pant’s recent fitness problem, he has got this responsibility in this series. On top of that, if Pant’s form continues to deteriorate, then his wish may come true.