Team India was embarrassed in front of everyone, this player has tarnished the honor 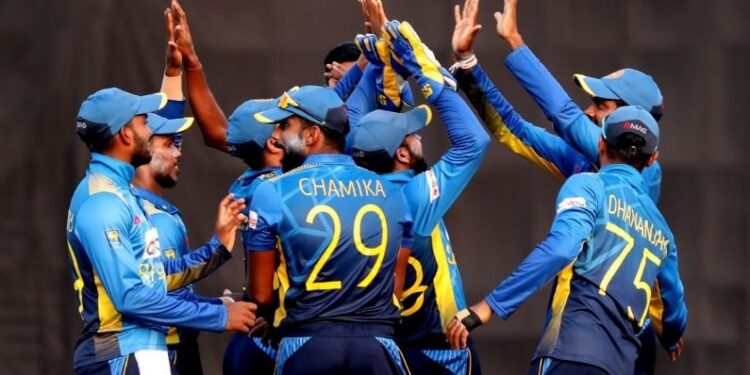 It is another matter that no one can take away the position that this player has achieved in the world of cricket.

Muttiah Muralitharan’s dunk not only rings in Sri Lanka but the whole world talks about the exploits of this great off-spinner. After all, why not, the world record for taking the most 800 wickets in Test cricket is also associated with this name. The greatness of Muralitharan is so unique that we often talk only of Sri Lankan spinners from his era, be it Rangana Herath or Ajantha Mendis. But do you know that even before the arrival of Muralitharan in Sri Lanka, there used to be a spinner who was revered by Sri Lankan cricket fans. The name of this giant was Somachandra De Silva. Somchandra was born on this day i.e. 11 June 1942 in Galle. He also has a history associated with Indians. Let us know what it is.

Somchandra played Test and ODI cricket for Sri Lanka. Somchandra was the only player to wear the first ODI cap for Sri Lanka. Even this leg-spinner had made a splash of his performance by going to Pakistan in 1982. He then became the first Sri Lankan bowler to take five or more wickets in a Test innings. Studied at Mahindra College in Galle, Somchandra made his debut for Ceylon in 1966-67. He took part in the 1979 World Cup, where Sri Lanka defeated India by 47 runs to secure their first victory in a top level international tournament. This defeat for India was an embarrassment because India was counted among the better teams than Sri Lanka. In this match, D’Silsa took three wickets for 29 runs. This proved to be the best performance of his ODI career. The wickets of Mohinder Amarnath and Dilip Vengsarkar were also included in these three wickets. Indian team was reduced to 191 runs. Somchandra took 32 wickets in 41 ODIs.

However, by the time Sri Lanka got the status of a Test-playing country, Somchandra was almost 40 years old. In such a situation, it was natural that his career was not going to drag on for long. Despite this, he played 12 Test matches for Sri Lanka. In this, he took 37 wickets. His best performance was five wickets for 59 runs, which was done against Pakistan in the Faisalabad Test in March 1982. This was his second test. In the first innings of this match, he took four wickets for 103 runs and five wickets in the second innings. In 1983, he also captained the Sri Lankan team in two Test matches. That is because regular captain Duleep Mendis could not go on the tour of New Zealand due to injury. In New Zealand, Somchandra hit two half-centuries as a captain and also took three wickets, that too on pitches that were not suitable for him.