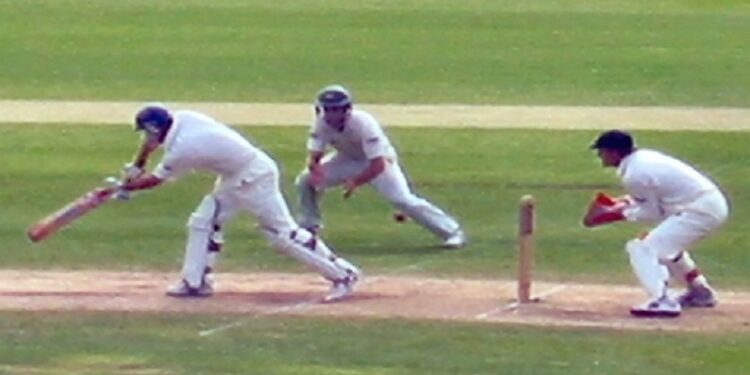 There was a whole army of batsmen in the Indian team, but when it came to the performance on the field, the matter became of Tu Chal Main Aaya.

This Test match between the teams of India and England (India vs England) was supposed to go on for several days, but it was over in just three days. The Test match, which started in Manchester from 17th July, reached its conclusion today i.e. on 19th July. The worst fate happened to the Indian team which crossed the limits of embarrassment in both the innings. No one could digest leaving the field like this, more than one veteran batsman. The extent was reached when the entire team India went to the pavilion on a modest score of just 58 runs. Know which bowler of England cricket team wreaked havoc on the batsmen of Indian cricket team. His name is Fred Truman.

This match between India and England was played from 17 to 19 July in the year 1952 in Manchester. England declared the first innings for 347 runs for the loss of 9 wickets. In this, captain and opener Leonard Hutton scored 104 runs. Apart from him, two half-centuries were also scored. Wicketkeeper batsman Godfrey Evans contributed 71 while Peter May contributed 69 runs. From the Indian team, Ramesh Divecha and Ghulam Ahmed showed three batsmen the way to the pavilion. In response, the Indian team was bundled out for 58 runs in just 21.4 overs in the first innings. Only two batsmen could reach the double figures. Vijay Manjrekar scored 22 and captain Vijay Hazare scored 16 runs. Fred Truman took eight wickets for just 31 runs in 8.4 overs for England. Alec Bedser got two wickets.

England won by innings and 207 runs

Due to the flop show of the first innings, the Indian team came out to play the follow-on. But not much change was seen in the batting. This time the team batted 36.3 overs and scored 82 runs. This time three batsmen managed to reach double digits. In this, Hemu Adhikari scored 27, Vijay Hazare 16 and Khokhan Sen scored 13 not out. Although Truman got one wicket this time, Bedsar five and Tony Lock sent four batsmen to the pavilion. In this way, England won this match by a huge margin of innings and 207 runs.

Fred Truman played 67 Test matches for England. In these 127 innings, he took 307 wickets in his name. He did his best by taking eight wickets for 31 runs in the innings. The best performance of the match was recorded as 12 wickets for 119 runs. Fred took five or more wickets in an innings 17 times, and three times he also accomplished the feat of taking ten wickets in the match. At the same time, in 603 first-class matches, he showed the way to the pavilion to 2304 batsmen. Best performance of eight wickets for 28 runs in this. In first-class cricket, 126 times he took five or more wickets in an innings and 25 times took ten or more wickets in the match. He also scored 9231 runs in first class matches with the help of 3 centuries and 26 half-centuries. Fred played only 18 List A matches, in which he took 28 wickets.