Team India lost 6 out of the last 8 ODIs, this star batsman worried, said – a lot of work has to be done

Smriti Mandhana (center) is the vice-captain of India in T20. 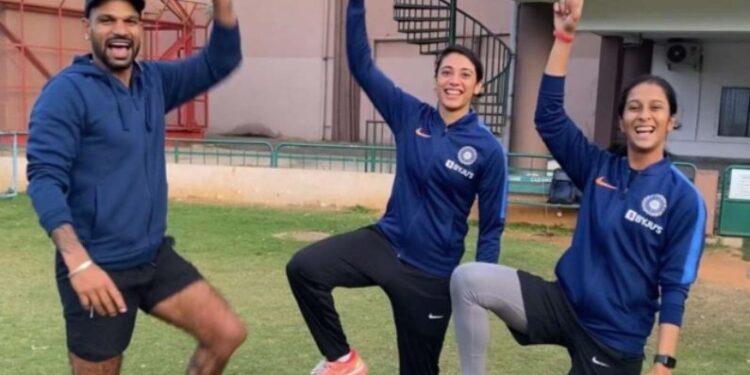 The Indian women’s cricket team has lost six out of its last eight One Day International matches. The team lost four matches against South Africa at home and two against England during the current tour.

The Indian team will look to break the losing streak in three consecutive limited overs series with a win in the third and final T20 International against England on July 14. But star batsman Smriti Mandhana is more concerned about the lack of consistency in the team’s batting in ODIs. The Indian women’s cricket team has lost six out of its last eight One Day International matches. The team lost four matches against South Africa at home and two against England during the current tour. One-day captain Mithali Raj hit three half-centuries but his innings helped the team win only one match, while his slow batting in two matches did not help the team.

Regarding the Women’s ODI World Cup to be held in New Zealand next year, Mandhana said in a virtual press conference, ‘We have to work on a lot of things, especially in the batting department. The next seven months will be crucial. We have to start scoring good scores. If I talk about ODIs, batting first we have to score more than 250-260 runs continuously, we have to work on that. Of course we can have more consistency in our bowling and fielding. Maybe we need a good performance and then things will be fine. India reached the final of the 2017 World Cup but lost to England by nine runs chasing a target of 228 at Lord’s.

Australia tour will be important for Team India

Mandhana said that the series against Australia before the World Cup to be held in March-April will be important. The Indian women’s team has to play one day-night Test, three ODIs and three T20 Internationals against the Australian women’s team in September-October 2021. Mandhana was speaking to reporters on the eve of the deciding third T20 International. With this match, India’s one-month tour of England will end. The Harmanpreet Kaur-led side won the second match by eight runs thanks to excellent bowling and fielding in the last over. In this match at Hove, England chased down the target of 149 runs, losing six wickets for 31 runs in 5.4 overs including three runs out.

Mandhana said, ‘The way we came back in the last five overs shows the spirit of our bowlers and fielders. This confidence will help us to give our 100 per cent to win tomorrow’s match. But that will be a new day. With this win, we will be able to level the series in many formats.

Worrying about not forming a big partnership troubling Mandhana

Mandhana credited head coach Ramesh Powar for making a positive impact on the team, especially the bowling unit. She also expressed concern that she and talented batsman Shefali Verma are not able to convert a good start into big innings. She said, ‘I have been opening the innings with him in the T20 format for the last two years. It is exciting to open the innings with him in all three formats. We know each other, talk to each other. It helps a lot especially in T20s. But we have to talk about playing 15-16 overs.