Team got only 3 chances in 671 days, then Yuvraj changed Shubman Gill’s time 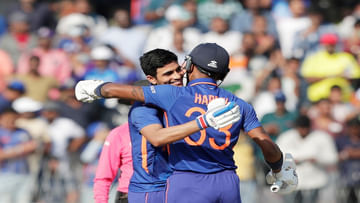 How have Shubman Gill’s times changed?

There is silence for some time… then noise will come, you only have time, our time will come. Shubman Gill The era has also come. The player who once seemed silent in the ODI format is making noise today. Shubman Gill showed such prowess with his bat in Hyderabad that the world bowed before him. This right-handed opener scored a brilliant double century in the first ODI against New Zealand. 208 runs came out of Shubman Gill’s bat, in which he scored 208 runs in 149 balls. Gill hit 19 fours and 9 sixes in his matchless innings. The strike rate of this player was 139.60.

Seeing this innings of Gill, everyone has been convinced of him, but let us tell you that there was a time when this player was not given a full chance and he was also dropped from the team. Now the question is, how Shubman Gill Time changed? How did this player suddenly become Team India’s No. 1 choice for the World Cup? And how did Shubman Gill’s playing style and thinking change?

How did Shubman Gill turn the game?

How did Shubman Gill’s time change? Before knowing the answer to this question, know about his struggle of 671 days. Shubman Gill got the ODI debut cap for the first time on January 31, 2019, in which he was dismissed after scoring just 9 runs. After this, this player scored only 7 runs in his second ODI. Gill got to play the third ODI on 2 December 2020. Gill was dismissed after scoring 33 runs against Australia. Gill got to play only 3 ODIs in 671 days and after that he was dropped from the team.

That statement of Yuvraj Singh is proving to be true. Gill has done wonders in ODI format. This player got a chance in the ODI team for the West Indies tour and then Shubman did not look back. The first ODI half-century came out on July 22, 2022 with Gill’s bat. After this, he scored an unbeaten 98 in the third ODI of the series. Gill was elected Player of the Series in this series.

Gill played the next ODI series against Zimbabwe and there also his batting was visible. Shubman Gill scored his maiden century in the third ODI against Zimbabwe. Now in the last two matches, Gill has scored a century and a double century. It is clear that Gill has proved that he is a long race horse and it is difficult to stop this player.