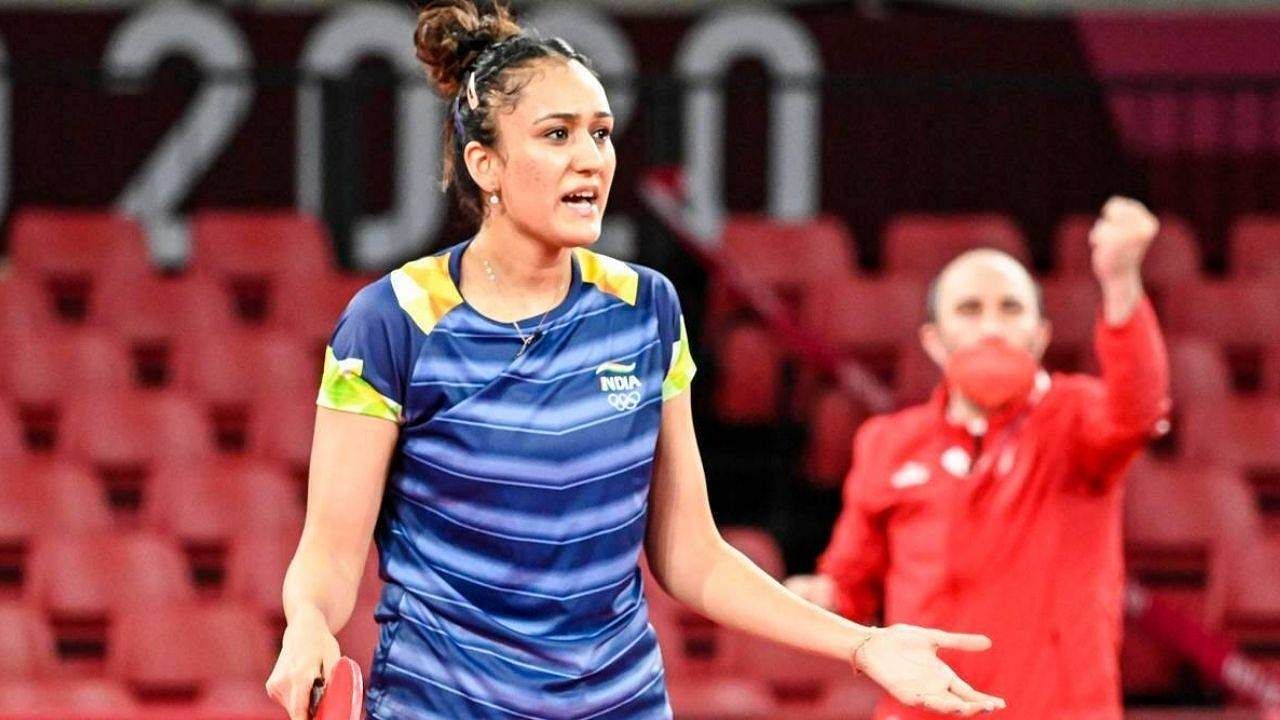 The Asian Table Tennis Championships will start in Doha at the end of this month, in which 5 men and 4 women players from India will take part.

India’s top table tennis player Manika Batra has been in the news since the time of Tokyo Olympics 2020. Manika’s performance in the Olympics was not very good and she was eliminated after losing in the third round of women’s singles. Since then, Manika was in controversies regarding the coach issue. After the end of the Olympics, the Table Tennis Federation of India (TTFI) also issued a show-cause notice to him, after which Manika also accused the national coach of pressurizing him for match-fixing. After all these controversies, now Manika has not been given a place in the team selected for the Asian Championship. The federation cited Manika’s absence in the national camp as the reason for this.

The Asian Championship is going to start in Doha from September 28, in which a total of 9 players are going to participate from India’s women’s and men’s teams. In this, except Manika, all the other players participating in the Tokyo Olympics have been given a place. In Manika’s absence, the women’s team will be led by Sutirtha Mukherjee, while the most experienced player in the men’s team, Achanta Sharath Kamal, will lead the Indian challenge. China’s strong team is not participating in the Asian Championships, giving a medal hope in the men’s team event.

Manika did not join the national camp

TTFI announced the names for the Asian Championships on Wednesday, 15 September, in which many new names have also got a place. After the performance of the Indian players in Tokyo, the federation had made it clear that the players would have to be a part of the national camp before the big tournaments. A similar camp was organized in Sonepat before the Asian Championships. The federation had also said that the selection will be considered from among the players participating in the camp. According to the report of news agency PTI, Manika had told TTFI that she would like to continue training with her personal coach in Pune.

Manika had also appealed to keep her personal coach with her during the match in Tokyo Olympics, but it could not happen. Manika’s coach was allowed to come to the sports village, but instead of staying with Manika during the match, she had to sit and watch from the middle of the audience. At the same time, Manika had refused to keep national coach Soumyadeep Roy with her, due to which there was a ruckus. On this issue, the federation had sought an answer from Manika. Manika then accused Soumyadeep Roy of match-fixing that she had asked him to lose his match during the Olympic qualifiers. TTFI has constituted an inquiry panel to probe the allegations.