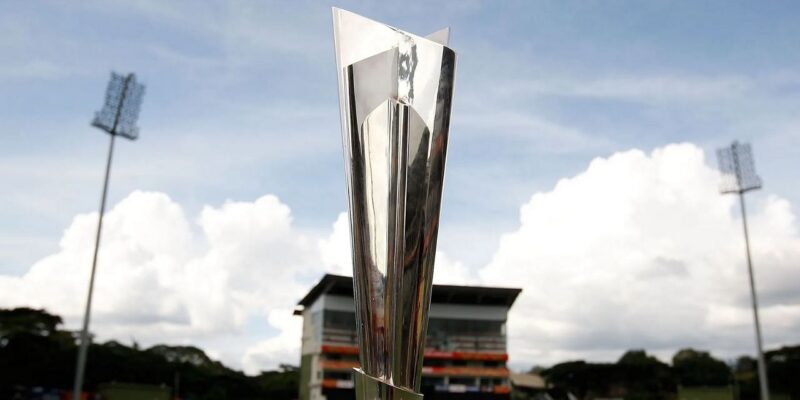 The ICC T20 World Cup is starting from 17 October.

The ICC Men’s T20 World Cup is starting from the 17th of this month. Every team would like to put this trophy in their account and wear the title of world champion. Along with the shining trophy of the World Cup, a huge prize money is also given to the winning team. In addition, the runner-up team also gets a prize money. The ICC has told on Sunday how much money it will give to the World Cup winner as well as the amount that will be shared by the runner-up team. The ICC has issued a statement saying that the team that wins this T20 World Cup-2021 will be given an amount of $ 1.6 million. The runner-up team will be given a prize money of $800.00.

At the same time, the pockets of the teams reaching the semi-finals will also be hot. Both teams reaching the semi-finals will be awarded a $400,000 prize money. Overall, ICC will distribute an amount of 5.6 million in this World Cup. This amount will be given to all the 16 teams participating in the tournament. At the same time, the ICC will also give a bonus amount to the team winning the match in the Super 12 stage. Something similar will be played in the T20 World Cup played in 2016. $70,000 will be distributed to the teams exiting the Super-12 stage. At the same time, the winning teams in this round will be given an amount of $ 40,000.

If you win in round 1, you will get this amount

A similar arrangement has been made for the winning teams in Round 1. The ICC will distribute a total amount of $ 40,000 in the 12 matches played in this stage. An amount of $ 40,000 will also be distributed among the teams that are out after losing. Teams from Bangladesh, Ireland, Namibia, Netherlands, Oman, Papua New Guinea, Scotland, Pakistan, South Africa and West Indies will also participate in this round. Apart from the prize money, the ICC has also issued rules regarding drinks break. According to this, there will be a drinks break in every match and each break will be of two minutes and 30 seconds and it will be taken in the middle of the innings.

BCCI is the organizer

This World Cup was earlier going to be held in India itself but due to COVID it is being organized outside India. This World Cup is now to be played in the United Arab Emirates and Oman, although its organizer is India. This World Cup, starting from October 17, will run till November 14. India are waiting for their second World Cup win. India won the T20 World Cup in 2007 under the captaincy of Mahendra Singh Dhoni, but after that the team has not been able to lift this trophy again. In 2014, India had secured a place in the final but lost to Sri Lanka.