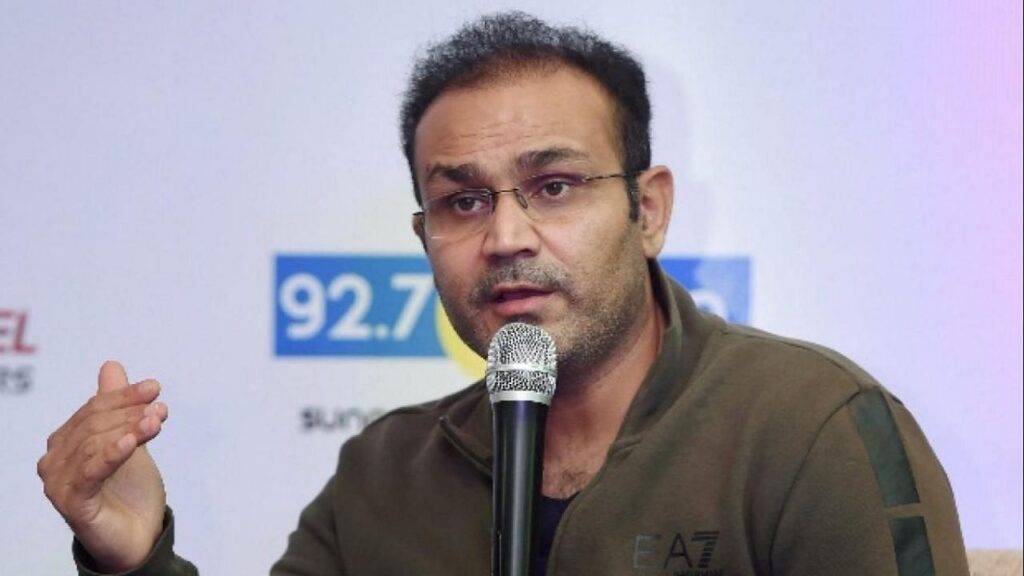 Virender Sehwag is counted among the greatest batsmen in the world.

The performance of the Indian cricket team in the ICC T20 World Cup has been very disappointing. He has faced defeat in both his initial matches. First Pakistan defeated him and then New Zealand. In both the matches, there was a lot of talk about the combination of the team, but in the second match against New Zealand, a change was seen which no one expected and hence this move is also being criticized a lot. In this match, Virat Kohli sent Rohit Sharma at number-3 without opening the opening. The responsibility of opening was given to KL Rahul and Ishan Kishan. Former India opener Virender Sehwag has also criticized this move. Sehwag has recalled an incident from the 2007 ODI World Cup.

Sehwag has said that in the 2007 ODI World Cup, India’s great batsman Sachin Tendulkar was sent to bat at number 4 but this move failed as Sachin had opened for most of his career. Talking to Cricbuzz, Sehwag said, “In the 2007 World Cup. We made two mistakes. First, when we were chasing well and had won 17 matches in a row, but when the World Cup came, our coach said we need batting practice. I said let us win two matches and after that we will have six matches to practice batting, but they said no.

Another mistake to remove Sachin from the opening

Sehwag said, “The second mistake was that when the opening pair of Sachin Tendulkar and Sourav Ganguly was doing well, what was the need to break it. Why did you say that if Sachin bats in the middle order then you can control. We already had three players to control – Rahul Dravid, Yuvraj Singh and MS Dhoni. Why did you need a fourth? Sachin batted at No.4 and you saw what happened. When teams change tactics, this is where they make mistakes. When you have a proven formula, what is the need to change it? This is the best example.”

India has suffered a major setback after the first two defeats. His hopes of going to the semi-finals are over. Now to go to the semi-finals, he will have to win all three of his remaining matches and at the same time the other teams will have to depend on the results. India won the title of the first edition of the T20 World Cup in 2007 but since then the team has not been able to lift the trophy again. It was expected that this time under the captaincy of Virat Kohli, this drought will end but after two defeats, its chances are looking negligible.