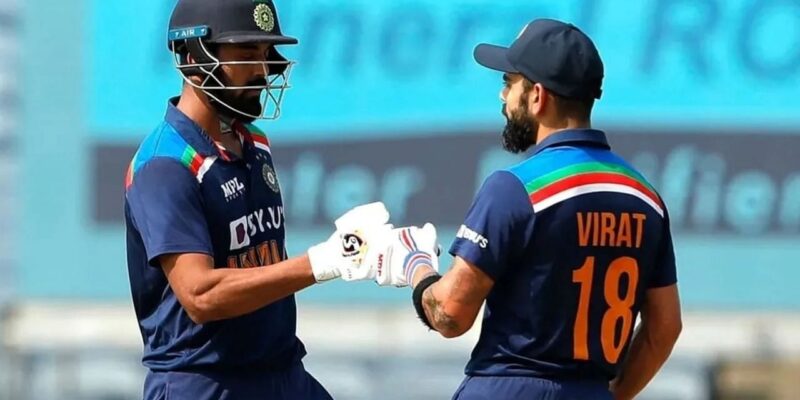 KL Rahul and Virat Kohli are among the main faces of Indian batting.

Former Australia fast bowler Brett Lee believes that India should make in-form batsman KL Rahul the basis of the innings in the T20 World Cup 2021, which will lead to captain Virat Kohli. Kohli) will reduce the pressure. Lee believes that the 2007 champion Indian team will be a strong contender for the title. India has to play Pakistan in the first match on 24 October. Lee told ‘Fox Sports’, ‘England team is always a big threat on the basis of their experience but in my view India is a strong contender for the title. India has many young players because of the Indian Premier League. They also have fast bowlers and India’s top order is excellent. India will be a strong contender for victory this time and can win the World Cup.

Lee said that Rahul could be the highest run-scorer in the World Cup. KL Rahul’s performance in T20 cricket has been excellent. He has scored the most runs in IPL 2021 so far. He scored 295 runs in six matches of the second half in UAE. Brett Lee said, ‘I think Rahul will score the most runs. His performance in IPL was good. India should make Rahul the pivot of the batting as this will reduce the pressure on Kohli. With this, Kohli will be able to show his natural game. Maybe this is Kohli’s last tournament as captain, so he will definitely want to do well.

There is a possibility that KL Rahul can open for India along with Rohit Sharma. The team can also try him in the middle order. He has played in both the opening and finisher role for India in ODIs. It remains to be seen what role he plays in the T20 World Cup.

Next star told to Surya

He also said that Suryakumar Yadav will prove to be the next star of India. “I think Suryakumar Yadav will be the next star,” he said. Lee also said that Australia has picked the best team and it can be a challenge for India. He said, ‘I think this is our best team. I am very patriotic. I want Australia to win and I think it can happen. But India will definitely be in the final. India and Australia will play a warm-up match in Dubai on October 20.

read this also: 85 runs scored in 12 matches, 4 times dealt on zero, now gearing up to make a splash in T20 World Cup

Before Diwali, Yogi government promoted 24 PCS officers to IAS, they all got promotion including Pawan Gangwar