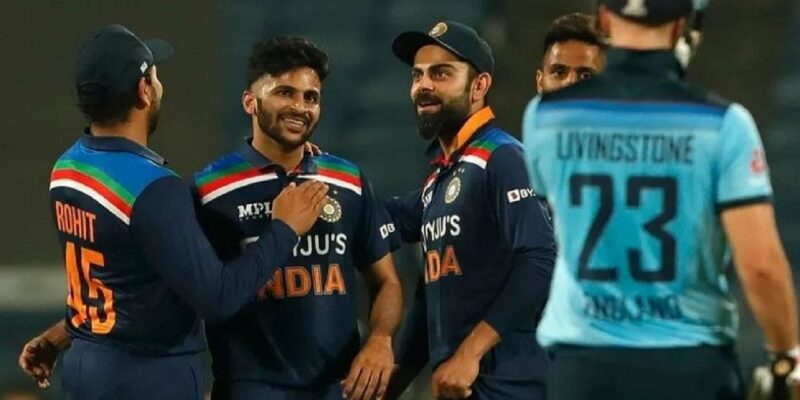 Team India made a big change in its squad on Wednesday for the T20 World Cup starting from October 17 in UAE-Oman. Shardul Thakur was given a chance by replacing Axar Patel in the team. Let us tell you that earlier Akshar Patel was given preference over Shardul but now the selectors have added him to the list of stand-by players. When Shardul Thakur did not get a place in Team India, everyone was stunned. This player impressed everyone with his all-round game. Let us tell you why all of a sudden the selectors felt that Shardul Thakur should be there in the T20 squad.

By the way, the injury of Hardik Patel is also a big reason for Shardul Thakur’s entry in Team India. In fact, Hardik Pandya, who plays for Mumbai Indians, was not bowling during the IPL due to fitness issues, so the selectors wanted a cover for him. A source close to the selection committee told PTI, “The selectors realized that they lacked a fast bowler and then even Hardik Pandya was not bowling so he needed an all-rounder in the main team. Let us tell you that Hardik Pandya suffered a lower back injury 3 years ago in 2018, which also underwent surgery. Since then Hardik Pandya has not been able to bowl properly.

Shardul Thakur can come in the lower order and bat very fast. In 5 T20 International innings, he has scored 69 runs at an average of 34.50 and has a strike rate of over 197. It is clear that this batsman has the power of hitting and he can play a big innings on any pitch. Shardul has also proved this on the tour of Australia and England.

On the other hand, IPL 2021 has also been good for Axar Patel. He has taken 15 wickets in 11 matches and his economy rate is less than 7 runs per over but Axar Patel is an all-rounder and his form is going very bad with the bat. This is the reason why the selectors bet on Shardul Thakur.

Your head will be shocked to see strange capsicum, coins coming out on cutting