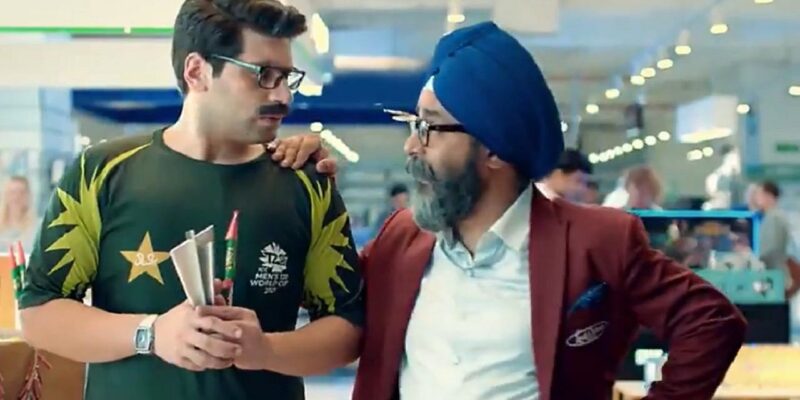 The streets are going to be deserted once again… ‘Curfew’ is going to be imposed in India and Pakistan once again. Because the biggest battle of cricket is going to happen on a circle of 70 yards and a strip of 22 yards. It is being talked about the India-Pakistan match which will be played on October 24 in the T20 World Cup. The atmosphere of this competition has been decided to be created from now on. The tickets for the India-Pakistan match were sold out within an hour and now the promo of the famous Chance-Mauka ad has also been released before this match.

As always, the opportunity-by-opportunity ad is unmatched. Its promo became viral on social media as soon as it was released. Star Sports tweeted the promo of this ad and wrote, ‘You know that India-Pakistan match is not far away now. Hope you are as excited about the upcoming ad as in that match.

Are you ready to #LiveTheGame in #INDvPAK?

In a new Chance-Mauca ad, a Pakistani fan takes firecrackers to a TV showroom in Dubai, which is owned by Hindustani. Pakistani fan tells to show a big TV. During this, that fan tells the Indian fan about the strong batting of the Pakistani team. Pakistani fan says – Babar Azam, Mohammad Rizwan will hit such sixes in Dubai that the mirrors of Delhi will be broken. Will snatch the chance. After this the Indian shopkeeper gives not one or two TVs to the Pakistan fan. The Indian shopkeeper says, ‘You have lost to us five times in the T20 World Cup. Now keep the firecrackers from bursting, you will burst something. Buy one, break the other for free. Opportunity to burst one after the other.

Pakistan never won against India even in T20 World Cup

Even before winning the lottery, this person made a strange announcement on National TV, the police fell behind