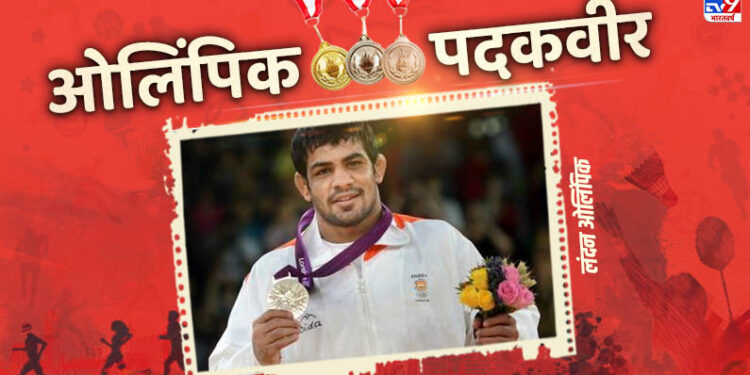 Sushil Kumar won the silver medal in the 66 kg category at the 2012 London Olympics and became the first Indian to win two medals in these games.

In the year 2008, Sushil Kumar made the country proud by winning the bronze medal. He wanted to achieve more success for the country. However, when Sushil Kumar returned to the country, people started advising him to retire. Talking about this in his book, Sushil wrote, ‘I came to India after the Beijing Olympics and my well-wishers advised to retire while at the top. I got confused. After so many years I finally realized what it means to be an Olympic medalist and what is needed to achieve that goal. It was the beginning, not the end. ‘ Sushil did not listen to anyone and started preparing himself for the London Olympics.

Before going to the London Olympics, Sushil’s biggest problem was his weight. 10 days before the Olympics, he came to know that his weight is six kg more than 66 kg. Lost weight by doing cardio while starving in 10 days. Sushil Kumar suffered a muscle strain before his first match in the London Olympics. Despite this, he defeated 2008 gold medalist Ramzan Sahin of Beijing, Turkey. After this match, he was so tired that he fell in the chasing room. Apart from Indian wrestler Yogeshwar Dutt, all the other coaches were trying to lift him. After a lot of difficulties, Sushil got up and reached the mat for the next match.

Kazakhstan’s wrestler made a big allegation

Sushil Kumar faced Uzbekistan wrestler Ikhtiyar Navruzov in the quarterfinals. In which he won 6-3. Sushil Kumar made a brilliant start in the first round to take a 3-1 lead. Although the next round Sushil lost 1-2, in the last round Sushil did not give Navruzov any chance and won 2-0 to make it to the semi-finals. In the semi-finals, Sushil faced Kazakhstan’s Akzurekh Tanatarov, against whom he did his best. However, this wrestler accused Sushil of cutting his ear. Despite this, Sushil had reached the final.

became ill before the final

He faced Japanese military man Tatsuhiro Yonemitsu for the gold medal match. Sushil was very tired before the match. Sushil Kumar’s health deteriorated before the match. He vomited and his body became dehydrated. At the same time, fatigue was dominating his body. Before the final, Sushil Kumar tied a belt and went to the washroom six times. However, Man Tatsuhiro did not allow the Indian wrestler to win a single round. As a result, he lost the final and had to settle for the silver medal.

okyo Olympics 2020: Indian rifle shooters got only 20 minutes for practice, boxers had to prepare in sports village