Suresh Raina praises the man who pulled Ganguly out of the team, also credits him for teaching India to win 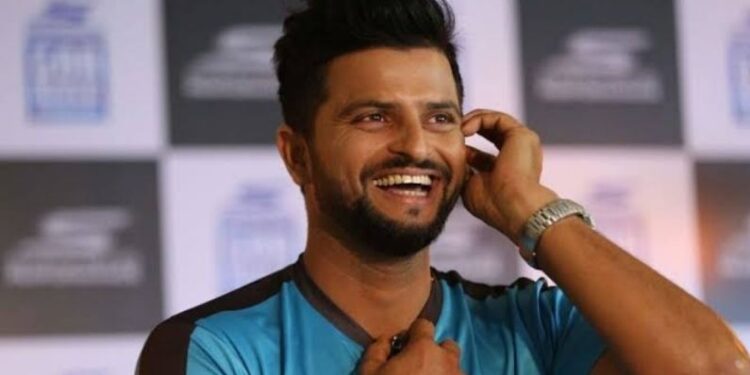 Suresh Raina retired in the year 2020 along with Mahendra Singh Dhoni. Although he is currently playing for Chennai Super Kings in IPL.

Suresh Raina made his debut in Team India in the year 2005.

A book is coming out on the life of former India cricketer Suresh Raina. In this, he has disclosed many things. Suresh Raina has praised former India coach Greg Chappell in his book ‘Believe: What Life and Cricket Taught Me’. He told that Chappell had made a very deep impact on the Indian team during his tenure. Raina believes that this Australian legend taught the Indian team to chase the target. Greg Chappell was the coach of Team India from 2005 to 2007. During this there was a lot of controversy. He also had a lot of controversy with the then Team India captain Sourav Ganguly. Later, Ganguly was also dropped from the team.

Suresh Raina, however, talked about Chappell’s positive impact. This 34-year-old player believes that in the midst of the World Cup victory in 2011, Chappell was lying in Team India as soon as he was coach. It is written in Raina’s book, ‘I think Greg should get the credit for molding the generation of Indian players. The fruits of the beach he had sown were visible later when we won the 2011 World Cup. I think amidst all the controversies in his coaching career, he told the importance of winning and winning India.

Raina made his debut as Chappell’s coach

Suresh Raina made his international debut in the year 2005 as coach of Greg Chappell. During this time stars like MS Dhoni and Gautam Gambhir also shone. In the 90s, the Indian team used to go chasing runs and sudden collapse of the batting was common. But after 2005 this story started changing. Under the captaincy of Rahul Dravid, India won 14 consecutive matches chasing runs. For this, Raina gave a lot of credit to Captain Dravid and Coach Chappell. They said,

He taught us to chase the target. At that time we were all playing well but I remember he used to insist on breaking the target in batting meetings. For this credit goes to both Greg and Rahul Bhai. The batting order was fixed. Yuvi, Dhoni and I used to play. By then we had learned to handle the pressure as well as chasing runs and winning. I learned a lot from Greg.

Suresh Raina retired in the year 2020 along with Mahendra Singh Dhoni. Although he is currently playing for Chennai Super Kings in IPL.