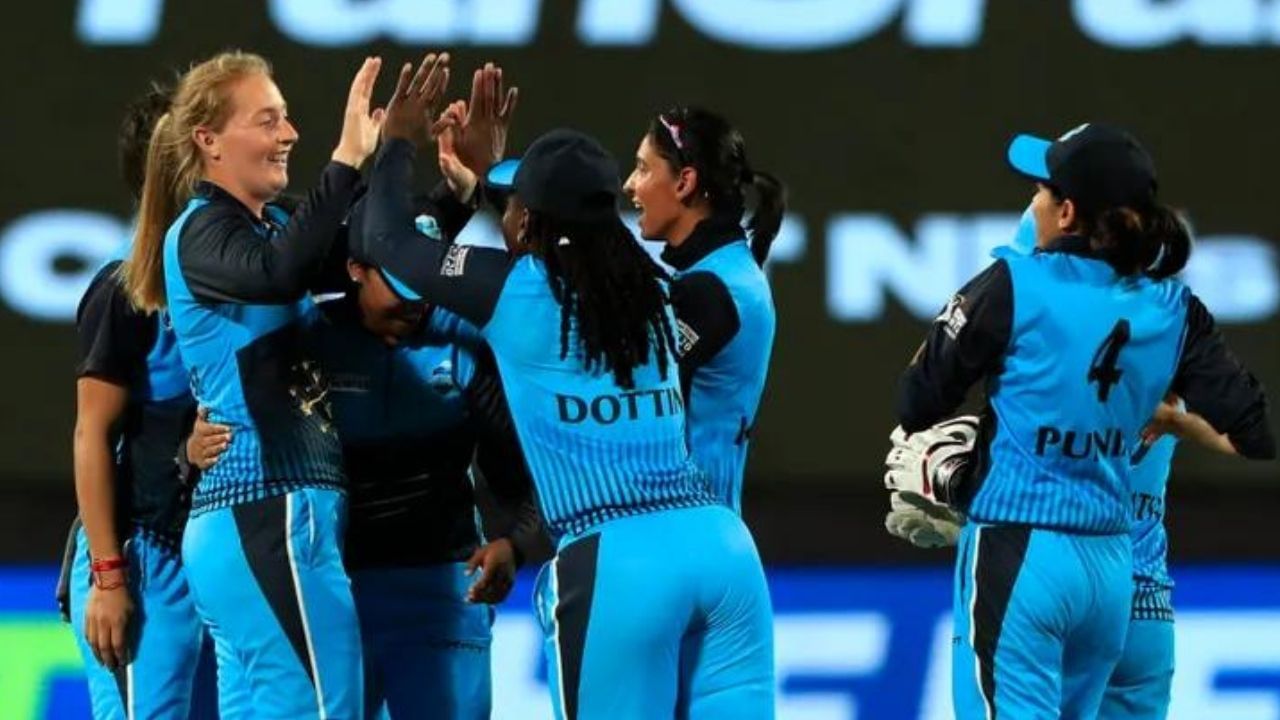 In the Women’s T20 Challenge tournament, the Supernovas once again retained their dominance and captured the title. In the final played in Pune on Saturday, Supernovas led by Harmanpreet Kaur defeated Velocity by 4 runs in a thrilling match on the strength of their tremendous bowling. In this way, Supernovas won the title for the third time in the fourth season of the tournament itself. At the same time, once again Velocity was disappointed in the final and the wait for the first title increased further. West Indies legend Deandra Dottin’s excellent all-round game helped the Supernovas reach the championship. Although Laura Woolford and Simran Bahadur tried their best to win the team on the basis of excellent partnership in the end, but it was not enough in the end.

In this final played on May 28 at the Maharashtra Cricket Association Stadium, Velocity had a target of 166 runs, but the team’s top order failed completely. Shefali Verma, Yastika Bhatia and Kiran Navgire returned to the pavilion for just 38 runs inside the powerplay. At the same time, 5 wickets of the team, including captain Deepti Sharma, piled up to just 64 runs and in such a situation, South Africa’s legendary batsman Laura Woolford took the lead from one end.

There was a 40-run partnership for the sixth wicket between Laura and first Sneh Rana, which took Velocity to 104 runs, but here again the innings faltered and 8 wickets fell for 117 runs. From here, the number nine batsman Simran Bahadur supported Woolford and brought the team very close to victory. Simran hit three consecutive fours in the 19th over, giving Velocity 17 runs from the over. In such a situation, 17 runs were needed in the last over. Woolford hit a six off the very first ball of Sophie Eccleston. But after this the world number one bowler did not give any more chance and won the title by stopping Velocity for 161 runs.