Sri Lankan legend Angelo Mathews took leave amid contract dispute, did not accompany the team on the tour of England, this is the reason 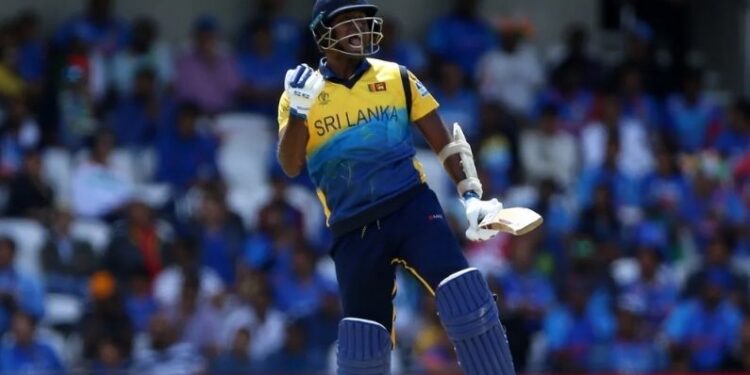 Sri Lankan team has to play ODI and T20 series on England tour, for which some experienced players have been dropped.

Angelo Mathews became the Test captain of Sri Lanka in 2013 at the age of 25.

For the last few days in Sri Lanka Cricket, cricketers have adopted a rebellious attitude. All the cricketers of the team are furious due to the new contract rules of the board. These players have refused to sign the contracts proposed by the board. Due to this, apprehensions are being raised about the future of the Sri Lankan team. Although the cricketers had agreed to tour England and have now left, but the veteran and experienced all-rounder Angelo Mathews has not gone on this tour, due to which questions arose.

Sri Lanka Cricket had announced the team for the limited overs series to be played on the tour of England, but the absence of the experienced all-rounder caught everyone’s attention. However, now the situation on this issue seems to be clear. According to the report of Sri Lankan media, the veteran all-rounder is going to become a father soon, his wife Heshni is going to give birth to the third child. Due to this, he made himself unavailable for this tour.

Meanwhile, the Sri Lankan team has left for the England tour. The team selected for this tour will not see many experienced players. Mathews has taken leave, while Thisara Perera has retired. At the same time, keeping in mind the future, the Sri Lankan board has discharged two former captains, Dimuth Karunaratne and Dinesh Chandimal. Test captain Karunaratne was also the captain in the team in the 2019 World Cup.

The Sri Lankan team will clash with England under the leadership of new captain Kusal Perera. Left-handed batsman Perera was recently made the captain of the team even before the series against Bangladesh. Under the captaincy of Perera, the Sri Lankan team will play 3 T20 matches and 3 ODIs on the tour of England. The tour will start with T20 before 23rd June. At the same time, the matches of the ODI series will start from June 29.