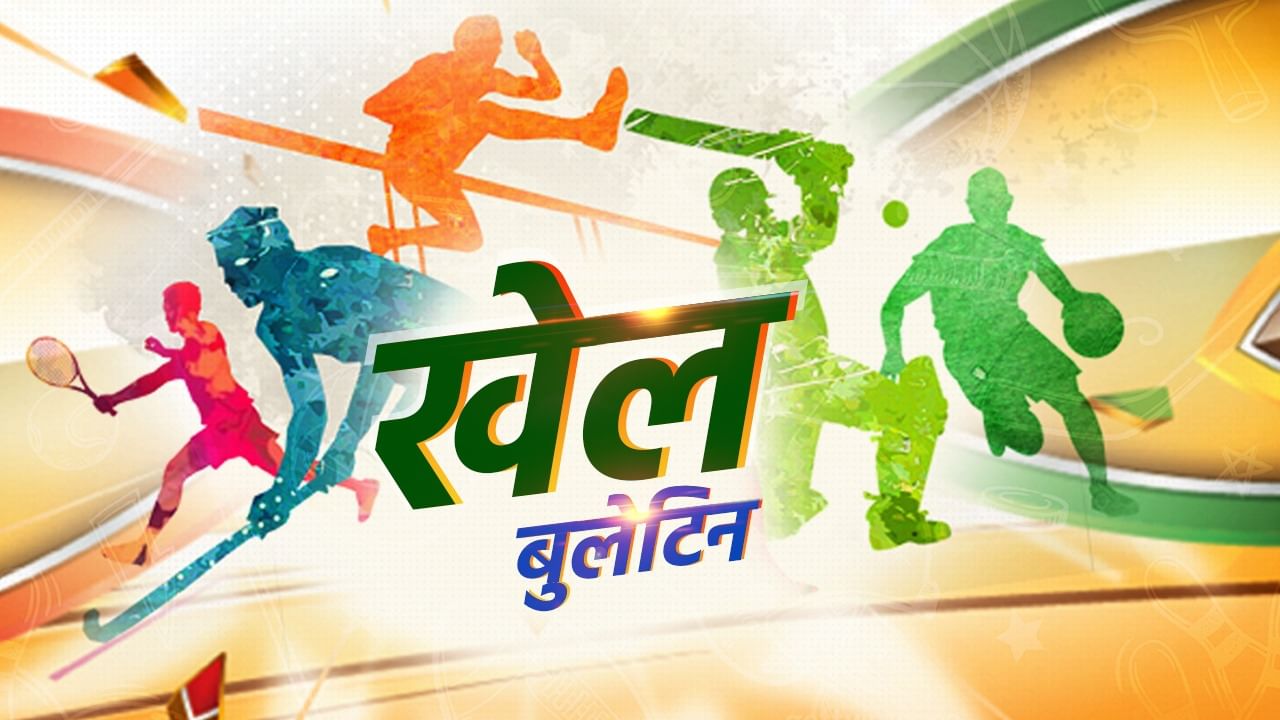 Karnataka Chief Minister Basavaraj Bommai has decided to give a big reward to Lakshya Sen, a member of the Indian men’s badminton team that won the Thomas Cup.

NewsNCR special bulletin (Sports Bulletin) Spotted with sports news from around the world. In this bulletin of ours, you will get information about all sports other than cricket. We try not to miss any news from you. Whether it is about international leagues or domestic trials, you will get all the news here. Today i.e. in the bulletin of the 17th, we are going to tell you about the Thailand Open of Badminton. (Thailand Open) Will definitely give some updates related to it. Apart from this, information about the World Championship of Squash will also be given. Where Para Asian Games (Para Asian Games) Big news has also come about.

This year the Asian Para Games were to be held in Hangzhou, China from October 9 to 15, but it has now been postponed due to concerns related to the COVID-19 epidemic. The Badminton Association of India (BAI) has planned to organize some big tournaments in the country keeping in mind the 2028 Olympics.

Ashmita and Malvika Bansod in main draw of Thailand Open

Asian Para Games to be held in China postponed

The Asian Para Games to be held in Hangzhou, China from October 9 to 15 has been postponed due to concerns related to the COVID-19 epidemic. The organizers announced it officially on Tuesday. The Asian Paralympic Committee (APC) said in a statement, “The Hangzhou 2022 Asian Para Games Organizing Committee (HAPGOC) and the Asian Paralympic Committee today announce the postponement of the 2022 Asian Para Games, which will be held as scheduled from October 9 to 15, 2022.” had to happen. The postponement of these games was almost certain. Less than two weeks ago, the Hangzhou Asian Games, which were to be held from September 10 to 25, were also postponed. Due to the increasing cases of COVID-19 in China, they were postponed indefinitely on 6 May. The task force, comprising representatives from the APC, the China Paralympic Committee and HAPGOC, will now work on the schedule for these Games in 2023, the statement said. Further announcement in this regard can be made in the near future.

The Badminton Association of India (BAI) has decided to organize two BWF International Challengers in the country keeping in mind the 2028 Olympics, appoint 30 coaches and organize a national championship in the under-11 category. The decisions were taken at the Executive Council meeting, which was held after India’s historic victory in the Thomas Cup in Bangkok. India defeated Indonesia 3-0 in the final. BAI Secretary Sanjay Mishra told PTI, “We have to ensure that we do not lose momentum, so during the executive meeting it was decided that India will host two BWF international challengers.” “It has been approved by our (BAI) president and we will write to BWF about it soon,” he said. We look forward to hosting them. A total of 31 International Challengers tournaments take place in a year, out of which India will host only one in 2022 which will be held in Bengaluru from October 11 to 16.

Indian women’s squash player Joshna Chinappa on Tuesday withdrew from the pre-quarterfinal match of the PSA World Championships due to illness. Twelfth seed Joshna was scheduled to face local contender and eighth seed Rowan Illarebi but she gave a walkover to the opponent and did not enter the contest. World number 14 Joshna had earlier defeated England’s Katie Meliff 3-0 (11-6 11-8 11-9) in the first round and then 18th seed Emily Witlock of Wales 3-0 in the next round. (11-8 12-10 11-5). Joshna is the only Indian player to compete in the women’s category. India’s hopes now rest on 16th seed Sourav Ghosal, who will take on fourth seed Mustafa Asal of Egypt in the men’s pre-quarterfinals on Wednesday. Ghosal defeated Egypt’s Jahed Salem 3-1 (11-4 11-96-11 11-7) in the first round and then 3-0 (11-8 11-8 11) of America’s Todd Herrity in the next round. -7) showed the way out. Mahesh Mangaonkar and Ramit Tandon crashed out of the competition after losing in the second round.

Karnataka Chief Minister Basavaraj Bommai on Monday announced a cash reward of Rs 5 lakh from the state government for Lakshya Sen, a member of the Indian men’s badminton team that won the Thomas Cup. According to the release, the Chief Minister made this announcement after inaugurating the Mini-Olympic Sports Meet-2022 organized by the Department of Youth Empowerment and Sports. He also said that his government is promoting all sports. Bommai said, we have selected a group of 75 players from different sports for special training in preparation for the Paris Olympics (in 2024). India’s men’s badminton team etched its name in history by winning the Thomas Cup title for the first time by defeating 14-time champions Indonesia 3-0 in a one-sided final in Bangkok on Sunday. World Championship medalists Lakshya Sen and Kidambi Srikanth, besides world number eight pair of Satwiksairaj Rankireddy and Chirag Shetty, registered a memorable win for the team.


Satwiksairaj Rankireddy and Chirag Shetty pull out from Thailand Open

Star doubles pair of Satwiksairaj Rankireddy and Chirag Shetty, who played a key role in India’s historic title win in the Thomas Cup, withdrew from the Thailand Open Super 500 tournament starting Tuesday. It is learned that Chirag suffered a minor injury during the tournament and the pair informed the Badminton Association of India (BAI) on Monday about their decision to pull out of the tournament. World No. 8 Satwik and Chirag lost just one match against the Chinese Taipei pair in the Thomas Cup and helped India come back after losing their opening encounters against Malaysia and Denmark in the quarter-finals and semi-finals respectively. World Championships silver medalist Kidambi Srikanth, who was unbeaten with six wins in the Thomas Cup, has been seeded eighth and will open his campaign against Bryce Leverdez.