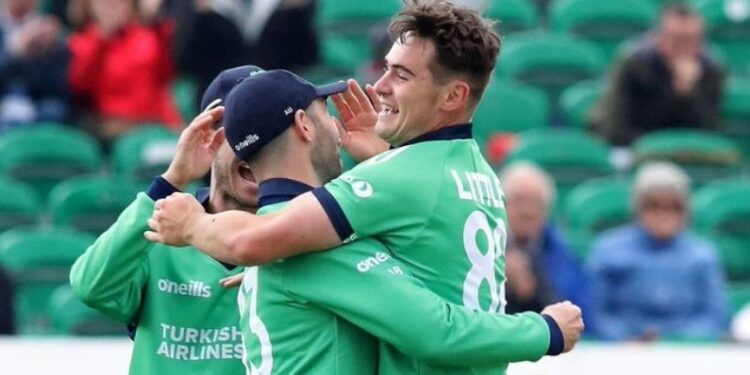 The Ireland cricket team is not even in the top-10 in the ODI rankings yet.

Ireland has created history by defeating South Africa by 43 runs in the ODI match. This is his first win over this team. In the second match of the three-match series in Dublin, hosts Ireland scored 290 for five, thanks to a century by captain Andy Balbirnie, playing first. In response, the Proteas team could not even play the full 50 overs. South Africa were reduced to 247 runs. The first match of the series could not be held due to rain. Ireland is the number 12 team in the ICC ODI rankings while South Africa is the number five team. With this win, Ireland has secured 10 essential points in the Super League before the World Cup 2023. At the same time, this defeat for South Africa can be costly in the future. Only eight teams will qualify directly for the World Cup 2023. The rest will have to play the qualification round matches. It would be a shame if South Africa had to do this.

Batting first, Ireland scored a huge score of 290 for five, thanks to a century from captain Andy Balbirnie (102) and a stormy half-century from Harry Tector (79). Balbirnie hit 10 fours and two sixes in his 117-ball innings. While batting in the last over, Tector hit six fours and four sixes. Apart from him, George Dockrell scored 45 runs in 23 balls with five fours and two sixes. Andil Phehlukwayo took two wickets for South Africa but he conceded 73 runs for it.

Chasing runs, South Africa lost wickets at regular intervals. This has never kept him in a comfortable position. Opener Jaaneman Malan scored 84 and Resie Van der Dussen scored 49 runs. But apart from these two, no other batsman could score more than 24 runs. South Africa also found it difficult to rest Quinton de Kock. Due to his absence, there was a lack of experience in batting, which was heavy in the end. Six bowlers bowled for Ireland and all got wickets. In these, Mark Adair, Josh Little and Andy McBrian got two wickets each, Craig Young, Simi Singh and George Dockrell got one wicket each.