Sourav Ganguly spoke openly on the negligence of Rishabh Pant in England, also gave a big update on health after corona infection 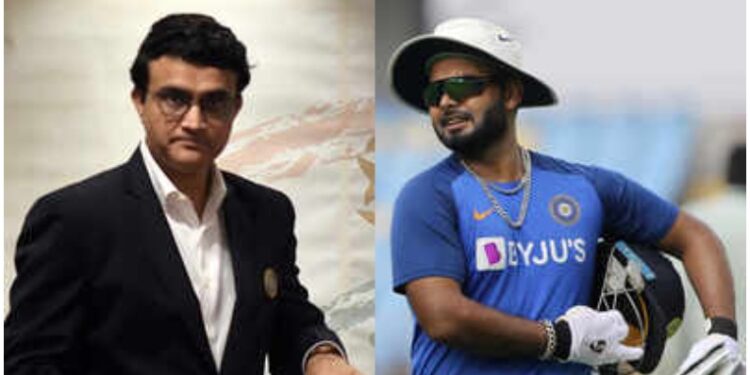 The news of Pant being corona has been linked to his watching a football match at Wembley Stadium. During the break from Team India, Pant went to a crowded place like Wembley Stadium to watch the match of Euro 2020.

The coming few months are going to be busy for Sourav Ganguly. They will not have any time at all. Because back to back big matches and series are to be organized. Everything from IPL to T20 World Cup is to be held in the next 2 to 3 months. On the other hand, Corona (COVID-19) has been entered inside Team India in England. Wicket-keeper batsman Rishabh Pant is in the grip of Corona. It is believed that the corona that happened to Pant is the result of his negligence in England. BCCI chief Sourav Ganguly has spoken openly on these negligence in an interview given to News18.

Actually, the news of Pant being corona has been linked to his watching a football match at Wembley Stadium. During the break from Team India, Pant went to a crowded place like Wembley Stadium to watch the match of Euro 2020. That too when the players were advised by the board to avoid crowded places. In his pictures that went viral from there, he was seen watching the match without a mask. However, it is not certain that Pant got corona only because of going to the stadium to watch his match. But Sourav Ganguly has clarified his stand on this issue in an interview given to News18.

When Ganguly was questioned that Pant has got corona. Many players were seen roaming in England without masks during the break. Don’t you think they should have been more careful? In response, Ganguly defended Pant and said, “Wimbledon and Euro Championships were held in England. The rules had changed. In this, fans were allowed to go to the stadium. Indian players were on leave. And it’s a little impossible to be physically wearing a mask all the time.”

While enjoying the match without a mask, Sourav Ganguly defended Rishabh Pant and also gave a big update on his health. When asked Ganguly if he was worried about Pant’s infection? On this the former India captain said that not at all. Because now they are better now.