Shock to Australia ahead of Tokyo Olympics 2020, equestrian suspended for drug abuse 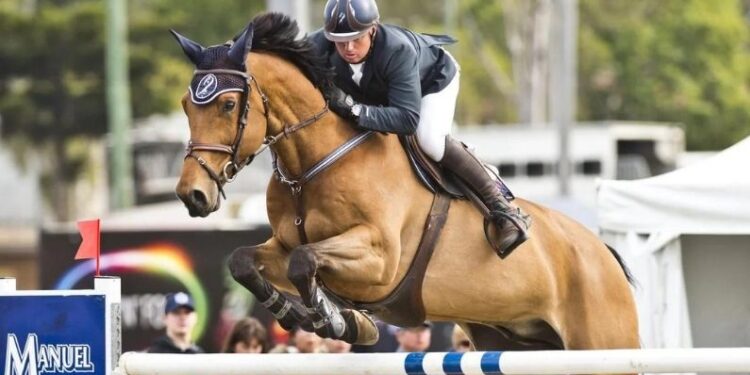 This action has been taken by Australia on its horse just before the Olympic Games, due to which Australia’s campaign in the Olympics has suffered a setback.

36-year-old Australian equestrian Jamie Karmond was about to be a part of the Olympics for the first time.

Australia has suffered the first setback in the Tokyo Olympics 2020. An Australian player has been suspended for drug abuse ahead of the opening of the Games on 23 July. According to the report of Australian media, Australia’s equestrian Jamie Kermond has been found positive in dope testing. He has been found guilty of using the narcotic substance cocaine and has been temporarily suspended for it. This action has been taken by Australia itself. However, this matter is a month old, when his dope test was done on 26 June. Jamie Karmond, 36, was about to be a part of the Olympic Games for the first time, but now he is set to be out.

Australia’s equestrian organization Equestrian Australia issued a statement informing about Jamie’s suspension. australia news channels, News 9 According to the report, Jamie’s A-sample has come positive for the use of a cocaine metabolite. This test was done by Sport Integrity Australia last month, the result of which has now come to the fore. According to a statement from Equestrian Australia, the use of cocaine during competition is prohibited under the World Anti-Doping Organization WADA (WADA) and the Australia National Anti-Doping Policy-2021.

Not a good start for Australia

Wednesday 21 July was not a good day for Australia’s Olympic campaign. Apart from being found positive in Karmund’s dope test, his team suffered an 8-1 defeat at the hands of Japan in their first softball match. The competitions of the Tokyo Olympics started from Wednesday and the first match was of softball. This sport is making a comeback in the Olympics after 2008. Then Japan won the gold medal.