Shoaib Akhtar said such a thing about Jonny Bairstow that the fans of England will get angry, also gave a shocking statement on Muttiah Muralitharan 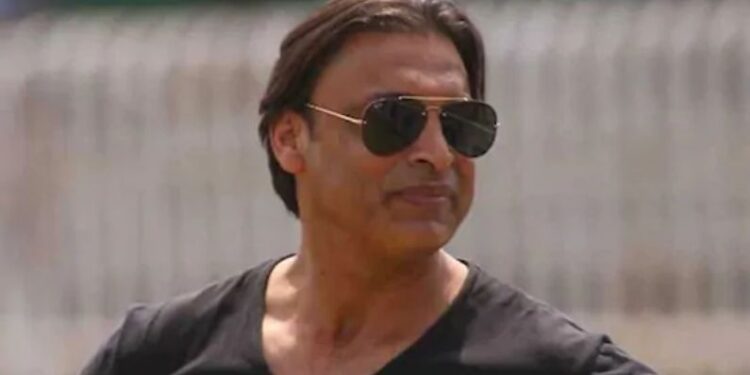 Jonny Bairstow was a member of England’s world-winning team and currently he is counted among the most stormy batsmen in the world.

Former Pakistan fast bowler Shoaib Akhtar has a long association with controversy. Even when he used to play, he used to be surrounded by controversies and even after retirement, he continues to stir up controversies about his statements. Sometimes they make statements about the Pakistan cricket team and sometimes they reprimand the country’s board. So sometimes criticize a player. He has done something similar this time and this time his target is Johnny Bairstow, the great batsman of the England cricket team.

This time Akhtar has given a big statement about Bairstow. Akhtar has described this right-handed batsman as the most overrated player. Akhtar made this statement on Sportskeeda’s program Quick Singles. This statement of Akhtar was not liked by the fans and experts of England. Bairstow has been a part of England’s World Cup winning team and is counted among the stormy batsmen of the present time.

If anyone is surprised after the statement given about Bairstow, then another statement of Akhtar can surprise them more. When Akhtar was asked in this segment about the batsman who found it difficult for him to bowl, he took a surprising name. A name that is not primarily a batsman but a bowler. Akhtar took the name of Sri Lankan off-spinner Muttiah Muralitharan.

He said, “Muralitharan was the toughest batsman I have bowled to. I’m not joking. He had appealed to me not to hit me and said that if my bouncer hit him, he would die. He said that please put the ball forward and I will give you the wicket. Whenever I used to bowl to him, he used to hit my ball hard and then used to tell me that he hit by mistake.

Want to get these batsmen out

When Akhtar was asked about the current batsmen whom he wants to get out, he named Virat Kohli, Babar Azam and England all-rounder Ben Stokes.