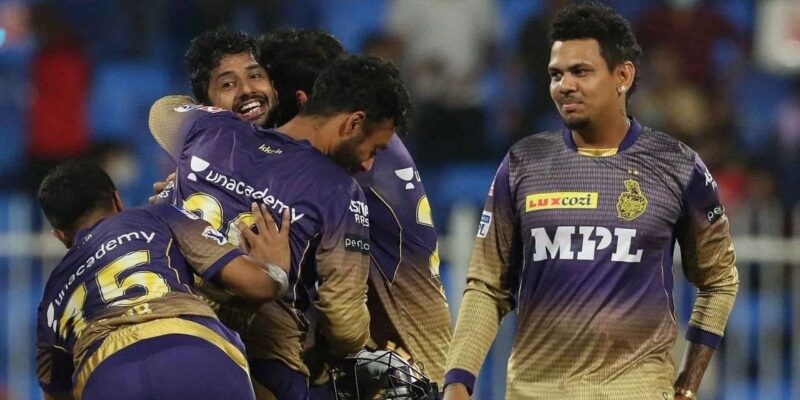 Rahul Tripathi hit a six to take Kolkata Knight Riders to the final.

Kolkata Knight Riders have made it to the finals of IPL-2021. In the exciting Qualifier-2 played on Thursday night, Kolkata defeated Delhi one ball earlier. Kolkata’s defeat seemed certain in this match at one point of time but a batsman has saved his defeat. The name of this player is Rahul Tripathi. Tripathi hit a six in the fifth ball of the last over to take Kolkata to the final. Tripathi scored 12 runs in 11 balls but his innings proved to be match-winning. Batting first, Delhi scored 135 runs for the loss of five wickets. The target was easy but for Kolkata this target became difficult.

However, Kolkata got off to a great start playing the second innings. Venkatesh Iyer scored a brilliant half-century. On the other hand, the other opener Shubman Gill missed the half-century by four runs. Iyer played an innings of 55 runs in 41 balls which included four fours and three sixes. While Gill scored 46 runs in 46 balls. Gill hit only one four and a six in his innings, but as soon as these two returned to the pavilion, the crisis of defeat was looming on Kolkata. At one point Kolkata’s score was one wicket for 96 runs and then it became seven wickets for 130 runs. From here it seemed that Delhi would lose the match. But Kolkata needed six runs off the last two balls. There was a bowler like Ravichandran Ashwin in front but Tripathi hit a six on his ball to give victory to the team.

Tripathi’s rise was in the IPL long back. In 2016, when the teams of Chennai Super Kings and Rajasthan Royals were banned, a team named Rising Pune Supergiant came. There was Dhoni in this team who was the captain of the team in 2016. In 2017 also this team played. This season Tripathi played his first IPL. His opening pair with Ajinkya Rahane was frozen and the right-handed batsman scored 93 runs in 14 matches that season. The team reached the final but could not win the title. After this this team left the IPL and Tripathi reached Rajasthan. In 2018, he scored 226 runs in 12 matches. In 2019, he played eight matches and scored just 141 runs. He was also not very successful in the Rajasthan team and the team did not give him much opportunities.

In IPL 2020, he got a chance to wear Kolkata jersey. This season Tripathi played 11 matches and scored 230 runs. From here he became one of the important batsmen of the team. The team also expressed confidence in him and this season gave him a chance in all the matches. Tripathi lived up to this belief and showed his bat at a crucial time, taking the Shah Rukh Khan-owned Kolkata Knight Riders to their third final. Tripathi has scored 395 runs in 16 matches played so far. He has scored two half-centuries.