Shikhar Dhawan became the captain of Team India for the first time, gave a loving message to the fans on getting the new responsibility 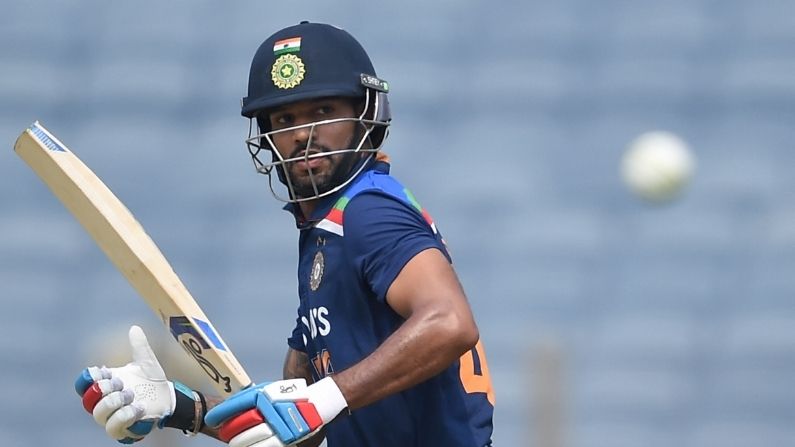 Under the captaincy of Shikhar Dhawan, the Indian team will go on a tour of Sri Lanka next month, where a series of 3 ODIs and 3 T20 matches will be played.

Shikhar Dhawan has been made the captain of the Indian team for the first time.

The Indian Cricket Team has been announced for the Sri Lanka Tour. The Indian team, which goes for ODI and T20 series without many veteran players next month, has got a chance for some new faces, while some players have another chance to prove their worth. The team also has experienced players, who have been showing their strength in international cricket for the past several years. But there is a legend among these experienced players, for whom this tour will be a completely new and first experience. Team India’s explosive opener Shikhar Dhawan has been made the captain of the team for this tour and he will lead Team India in the cricket field for the first time. Dhawan has expressed his happiness over this decision.

The BCCI announced the team for this tour on Thursday, June 10. In the absence of regular captain Virat Kohli and vice-captain Rohit Sharma, there was speculation on who would get the responsibility of the team. Putting a stop to this, the BCCI has made Dhawan the captain of the team, while veteran pacer Bhuvneshwar Kumar has been given the vice-captain. Both the players will be seen playing this responsibility for the first time for Team India.

On being made the captain of the team, veteran opener Dhawan expressed happiness and wrote that it is an honor for him. Dhawan, popularly known as ‘Gabbar’, thanked him for the opportunity and tweeted, “I am honored to be given the opportunity to lead the country. Thank you for all your well wishes.”

Humbled by the opportunity to lead my country 🇮🇳 Thank you for all your wishes 🙏 pic.twitter.com/SbywALBTwZ

The 35-year-old Dhawan has played 34 Tests, 145 ODIs and 65 T20 matches. In this, he has scored about 10 thousand runs with the help of 24 centuries. Under the captaincy of Dhawan, the Indian team will play 3 ODIs and 3 T20 matches on the tour of Sri Lanka, which will start in Colombo on 13 July. The series will end with the last T20 on July 25.

Also read: Shakib Al Hasan’s hooliganism in a live match, hurled at the umpire and kicked the wicket, then uprooted the stumps – Video