Shaw’s car derailed while entering Team India, fell down from 379 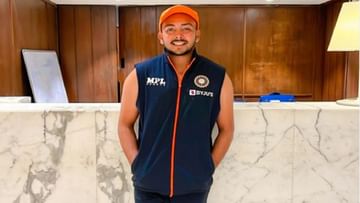 Prithvi Shaw scored a triple century in the last 7 days. Then returned to the Indian team after 2 years and now his car got derailed.

Prithvi Shaw, after performing amazingly in domestic cricket, made an entry in Team India after almost 2 years. He was trying to make a place in the team for a long time, but got his chance after scoring a triple century against Assam. Prithvi Shaw had played an amazing inning of 379 runs in the Ranji Trophy match for Mumbai about a week ago. He hit 49 fours and 4 sixes in his stormy innings.

The echo of Shaw’s bat explosion was also heard while selecting the Indian team for the series against New Zealand and Shaw got a chance to come in the T20 team. He played his last match for India in 2021.

As soon as he entered the team, Shaw fell down by 379 runs. His car derailed just 4 days after the team selection. In the crucial match of Ranji Trophy being played between Mumbai and Delhi, Shaw could not get the team off to a strong start and he could score only 40 runs. Shaw was out LBW for the second time in a row. He was dismissed in the same manner in the last match as well.

It is important for Shaw to stay on the field

Although Shaw scored 40 runs on the basis of 9 fours. Shaw could not stay at the crease for long. He played a short, but explosive innings against Delhi and told that he is returning to T20 form, but it is also necessary for him to stay at the crease, because there are still many ODIs and Test matches to be played. In such a situation, only the regularity of scoring runs by sticking to the match can make him return in the rest of the format.

Shaw scored a total of 332 runs in 10 matches in the Syed Mushtaq Ali Trophy last year. His strike rate was 181.42. Barring Shaw’s inning of 40 runs in Ranji Trophy on Tuesday, he is the 5th highest run scorer this season with 539 runs.