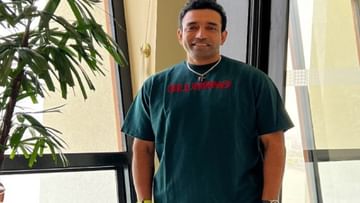 Robin Uthappa played for Chennai Super Kings last year. After that, he now directly landed on the ground from Dubai Capitals.

Robin Uthappa wreaks havoc with the bat for Dubai Capitals

Robin Uthappa, who retired from international cricket only last year, created a stir in Dubai. He rained fours and sixes and also scored a half-century in 29 balls. However, despite this, he could not win his team. Uthappa is currently playing International T20 League for Dubai Capitals. He has played 2 matches in this league so far and created a furore with the bat in both the matches. Before playing for Dubai, he played his last match for Chennai Super Kings in IPL last year.

After playing for CSK, Uthappa now went straight to the ground in Dubai and in both the matches he showed that the edge of his bat has not diminished yet. In the first match for Dubai Capitals, he scored an inning of 43 runs.

In the second match too, he showed his class and scored a blistering 79 off 46 balls against the Gulf Giants. Uthappa had scored 52 runs in just 12 balls. He hit 10 fours and 2 sixes. However, despite this fast innings, he could not win his team and Dubai Capitals had to face defeat by 6 wickets.

Talking about the match, Dubai, batting first, scored 182 runs for 8 wickets in the stipulated 20 overs. In reply, Giants scored 183 runs in 19 overs at the loss of 4 wickets. Apart from Uthappa from Capitals, captain Rovman Powell scored 38 runs and Sikandar Raza scored 30 not out. Whereas captain James Vince scored an unbeaten 83 runs and Erasmus hit 52 runs for the Giants to win their team.