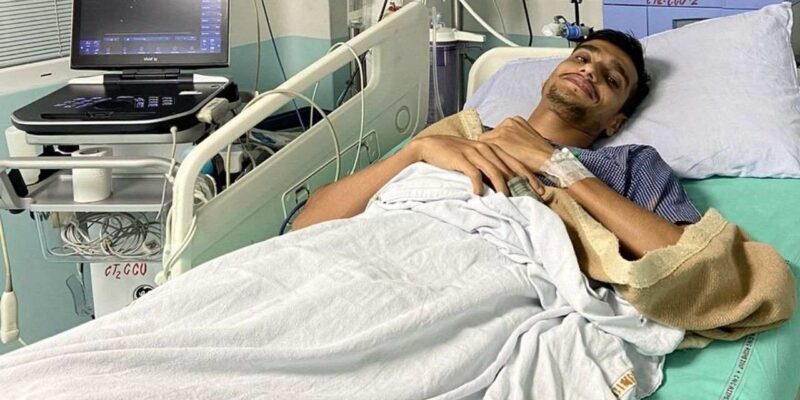 Sharath took part in the T-42 final in Tokyo last month after suffering a knee injury while training ahead of his event.

Sharad Kumar, the high jumper who won India a bronze medal in the Tokyo Paralympics-2020, has been admitted to the hospital due to a stroke in the heart and has also done some tests. The reports of these tests are yet to come. Kumar won a bronze medal in the T-42 high jump event at the Paralympics in Tokyo. He has been admitted to AIIMS Hospital. He had some chest problem last week. Kumar told news agency PTI on Thursday, “In the earlier reports it was told that I have swelling in my heart.”

Born in Patna, Kumar lives in Chhatarpur area of ​​Delhi. He was discharged earlier this week but had to come back for some tests. He said, “I came here for more tests. I live 10 minutes away from the hospital, so I had sought permission from the hospital authorities to go home.”

Kumar was paralyzed in his left leg due to wrong polio medicine in his childhood. He took part in the T-42 final in Tokyo last month after suffering a knee injury while training ahead of his event. He later revealed that he was contemplating pulling out of the competition due to injury, but had won the bronze with a jump of 1.83 metres. He later told that he wanted to withdraw from the tournament. He became the champion in the 2014 and 2018 Asian Para Games. In 2019, he won a silver medal at the World Championships. T-42 class is for those players who have any kind of problem in their feet.

Sharath is one of the players whose name was sent by the Paralympic Committee of India (PCI) for the Major Dhyan Chand Khel Ratna Award. Apart from them, PCI has included the names of shooter Manish Narwal, badminton player Pramoj Bhagat, javelin thrower Sundar Singh Gurjar.

Sharad made his international debut at the 2010 Asian Para Games in Guangzhou. He managed to qualify for the London Paralympic Games in 2012. At the age of 19, he became the No. 1 ranked player, but was unable to participate in the London Paralympic Games due to failing a dope test. He made a comeback from the Asian Para Games in 2014 and won the gold medal.