Serious IOC for the safety of players in Tokyo Olympics, will conduct 80 thousand corona tests everyday 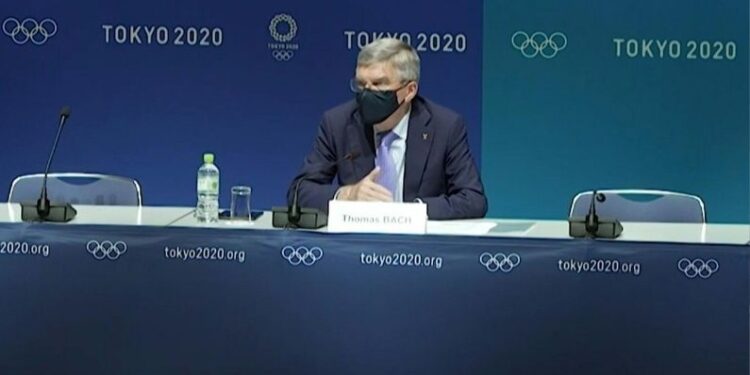 The Tokyo Olympics 2020 is to be held from 23 July to 8 August. After this, the Paralympic Games will be held in Japan itself.

The Olympic Games being held in Tokyo in fear of Corona will be different in many ways. Players will have to get their corona test done here almost every day. Even before the start of the Olympics, there has been a stir due to the arrival of three positive cases in the sports village. The Tokyo Olympics will begin with 11,500 athletes and about 79,000 administrators, support staff and media personnel arriving in Japan over the next few days. Corona test campaign will be conducted on a large scale for all these.

To ensure that the dangerous Novel Coronavirus does not spread during the Games, all participants will be tested daily. This means that about 80,000 COVID-19 tests will be done daily. The organizing committee of the Olympic Games 2020 has arranged for 230 doctors and 310 nurses to monitor and conduct these tests.

Entry will be available only with negative report

No participant and official will be allowed to enter the venue without the COVID-19 negative test report. The Games Organizing Committee informed on Saturday that 15,000 people have entered Japan between July 1 and July 15, out of which only 15 have tested positive for COVID-19. 44,000 personnel will be deployed to provide round-the-clock security at the Games.

Earlier, International Olympic Committee (IOC) President Thomas Bach said that only 15 people associated with the Tokyo Olympics have been found infected with COVID-19. He reiterated that the upcoming Olympics were not a threat to the people of Japan, despite a positive case being reported from Athletes Village.

There is no danger to the Olympics

“From July 1 to July 16, about 15,000 athletes, officials, support staff and accredited media people have arrived in Tokyo,” Bach said at a news conference on Saturday. All were tested on arrival. Only 15 out of 15,000 were found positive. This is a very low rate. All the people coming positive are in isolation. They are not a threat to the Olympic participants and the people of Japan.

T20 World Cup 2021: ‘Chance-chance’ against Pakistan, but Team India may cheat due to IPL! this giant warned