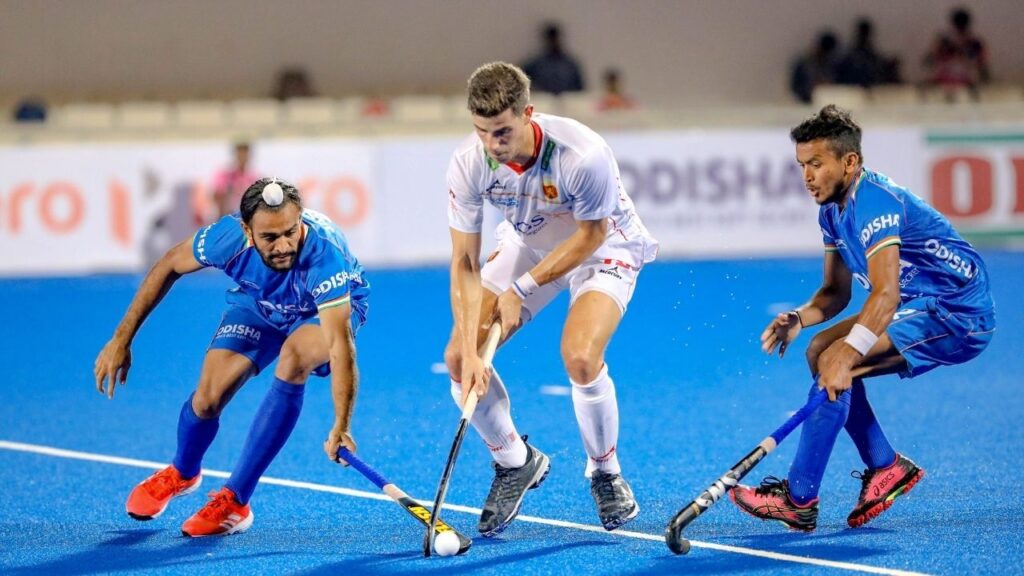 Despite registering their second loss in the FIH Pro League, India are second in the table with 12 points from six matches. The team has registered four victories.

Harmanpreet Singh (27th) and Sukhjit Singh (51st) scored two other goals for India. This is India’s second defeat in the FIH Pro League. The team was earlier defeated by France 2-5 in South Africa. Despite registering their second loss in the league, India are second in the table with 12 points from six matches. The team has registered four victories. India will next face Germany on March 12 and 13.

India got off to a great start in the match. Young player Abhishek, playing his second international tournament, scored a brilliant goal in the sixth minute of the match, hitting Spain’s goalkeeper. After trailing by a goal, Spain scored twice in the 14th minute to take a 2-1 lead in the first quarter. Pau Kunil opened the team’s account by converting a penalty corner, while Joan Terres doubled Spain’s lead with a field goal.

In the second quarter, Lalit Upadhyay’s effort in the circle gave India a penalty stroke but Spain resorted to referral and the on-field umpire’s decision was reversed. Spain then got two consecutive penalty corners which were well defended by the Indian players.

Spain’s relentless aggressive approach paid off in the 24th minute of the match, when Pau Kunil scored his second goal from a penalty corner to extend the visiting team’s lead to 3–1. After trailing by two goals, the Indian team retaliated and the team also got the advantage. In the 27th minute of the match, Harmanpreet Singh scored a penalty corner to reduce Spain’s lead to 2-3.

Both the teams failed to score in the third quarter. Young Sukhjit, making his debut, scored his first international goal in the 51st minute of the match off Jaskaran Singh to level the score 3-3. However, this happiness of the Indian team did not last long, Spain took the lead three minutes later with a goal from Pau Kunil’s brother Pepe Cullin. This goal also came on the penalty corner.

After trailing by a goal, India removed their goalkeeper in the last two minutes of the match and Spain grabbed the opportunity with both hands, breaking into the Indian defence. The team got two penalty corners in the last two minutes, out of which captain Miralles scored a goal to give the team a 5-3 victory.