Searched players by cycling, sold till business, then prepared champions on mortgaged land 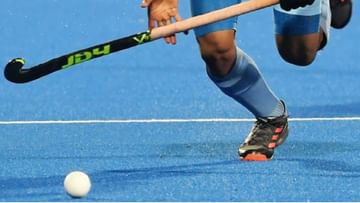 The Hockey World Cup, which is currently being hosted by India, is overshadowed all over the world. The Indian team has also come on the field with the intention of creating history. The Indian team, the bronze medalist of the Tokyo Olympics, has once again put all their lives to become the world champion. Every player is giving his full strength. For every player, this is not just a World Cup, but a way to reach the end of the struggle so far.

One such struggle is that of 71-year-old hockey coach Dominic Toppo, who sold his business to groom champions. Laid the foundation on mortgaged land. Toppo of Odisha says that he will prepare champions till his last breath and he will say goodbye to the world while doing this work.

According to the news of Indian Express, Toppo has only one routine for the last 22 years. Get up before the sun rises. They reach the hockey ground around 6.30 in the morning and leave the ground at 5.30 in the evening. Toppo says that he has nothing else to do in life. To find champion players, Toppo cycled 40-50 km many times. Sold my small business too. Not only here, he converted his mortgaged ancestral land into a hockey field.

In the last two decades, he has produced around 100 state level players. Toppo never played outside his village in Rourkela. Of the players he produced, 13 reached the junior and senior national teams. Among the players they have produced are Lilima Minj and Jeevan Toppo, who played in the Junior World Cup last year.

Toppo’s interest in hockey arose because of his father. His father was a hockey player and seeing him, Toppo also picked up a hockey stick. Although Toppo’s dream of playing hockey at a big level remained a dream, he did not give up. He thought that if he could not play, then the rest of the children should not struggle with what he was struggling with. Only after this Toppo started coaching and started preparing champions and his efforts are continuing even today.

drove to the ration shop

After leaving the game, Toppo did not join coaching immediately. He first opened a ration shop, which is said to be the only shop in the village to meet all needs. With the money saved from the shop, Toppo started coaching hockey in his village in the year 2000 and now the aim of his life is to prepare players till his last breath.