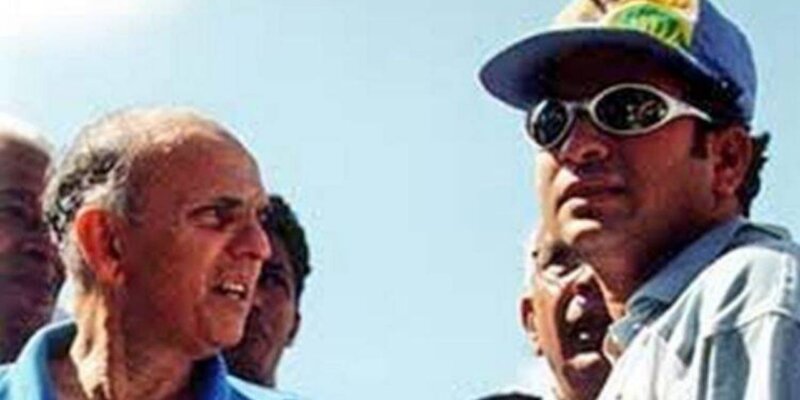 Madhav Apte (left) is among those who recognized the talent of Sachin Tendulkar long ago.

After the series in which this cricketer scored the most runs, he was dropped from the team. Then it was never taken again.

One such cricketer from India who scored more than four hundred runs in his second test series. During this he scored one century and three half-centuries. Scored runs at an average of around 50. This feat happened on foreign soil but still the cricketer was thrown out of Team India and could never play for India again. This cricketer is Madhav Apte of India. Today is his birthday. He was born on 5 October 1932 in Bombay. Madhav Apte played seven Tests for India. He scored 542 runs at an average of 49.27. But after the series in which he scored the most runs, he was dropped from the team.

Madhav Apte made his Test debut in November 1952 against Pakistan. After this his last Test was in April 1953. That is, his international career came to an end with seven Tests in a span of five months. He played five Tests on the West Indies tour and scored 460 runs. He became the first Indian opener to score more than 400 runs in a Test series. On the West Indies tour, he played big innings like 64, 52, 64, 163 not out. After Polly Umrigar, Madhav Apte scored the most runs for India on this tour.

At the same time, Madhav Apte played first-class cricket for 17 years and during this time scored 3336 runs in 67 matches. He had six centuries and 16 half-centuries in this format. He made his debut for Mumbai in 1952. He scored a century in this. Then a few days later he made his Test debut for India. He played 46 first-class cricket for Mumbai and three Ranji Trophy matches for Bengal. Mumbai also won the Ranji Trophy under Apte in 1958-59 and 1961-62. Madhav Apte started his career as a leg spinner. However, Vinoo Mankad tried him as an opener and then Madhav Apte became a batsman.

Played cricket till the age of 70

Apte later told that he practiced batting after watching Vijay Merchant. Later, Apte made his debut for Mumbai due to Merchant’s injury. Even after retiring from first class and international cricket, Madhav Apte continued to play in the Kanga League. He continued to play in this prestigious tournament in Mumbai till the age of 70. He last played in this league in 2002. Here he scored more than 5000 runs. He has been the President of Cricket Club of India. While being the President of CCI, he had included Sachin Tendulkar in the CCI team at the age of 14.

Saving Tips: Even if you are not able to save money, then these tips are of your use…