Sakshi Malik got a chance to go to Rio Olympics in place of Geeta Phogat, gave happiness to disappointed Indians by winning bronze 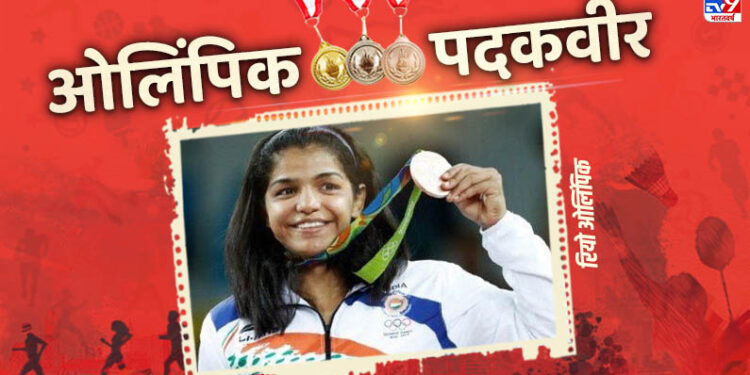 In the 2016 Olympic Games for India, Sakshi Malik did a wonderful job by winning the bronze medal, which no one had been able to do before him.

India’s first strong contender in 58kg was Geeta Phogat. In the first Olympic Qualifier held in Mongolia, Geeta Phogat withdrew from the repechage round after which she was suspended by the WFI. The Wrestling Federation of India (WFI) gave Sakshi Malik a chance in her VAT category. She qualified for her first Olympics in 58kg by defeating Zhang Lan of China in the semi-finals.

The success of Sakshi’s Olympic medal was not easy. For this medal, he had to compete on the mat four times within 6 hours. Sakshi had to face defeat against the Russian wrestler in the quarter-finals. It seemed his medal hopes were over but the Russian wrestler made it to the finals. Due to this Sakshi got a chance to participate in the repechage round.

In the repechage round, Sakshi was trailing 0-5 against Aysulu T. of Kyrgyzstan. Sakshi leveled the score at 5-5, showing a strong game in a few minutes before the end of the match. After this, in the last 9 seconds, Sakshi got two important points while defeating the opponent and won the match 8-5 and immortalized her name in the Olympic history of India. Talking about her match, Sakshi said, ‘I knew 0-5 was not good for me but I had a lot of time, so I was sure of a comeback. I made a comeback in the earlier matches as well. My coach Kuldeep sir told me time and again that I should play my game and then I played attacking wrestling and managed to win.