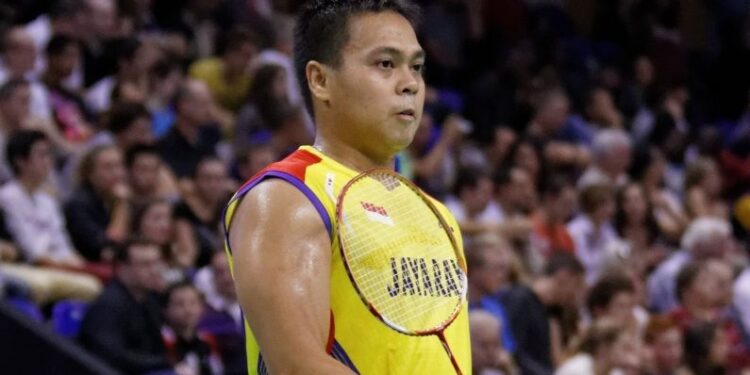 In addition to Olympic gold, Marquis Kiddo had won many gold medals from the World Championships to the Asian Games and Asian Championships.

Marquis Kiddo won the doubles title at the 2008 Beijing Olympics.

The sports world engaged in the preparations for the Tokyo Olympics (Tokyo 2020) has suffered a major setback. Markis Kido, one of the great badminton players of Indonesia, died on Monday 14 June. He was only 36 years old. Kiddo, who was an Olympic and world champion in men’s doubles, died of a heart attack. The International Badminton Federation (BWF) informed about the death of Kido. Kiddo was one of the best doubles players in the 2000s and won several titles. The badminton world is in shock due to the death of Kiddo.

Born on August 11, 1984, Kido won the men’s doubles title for Indonesia at the 2008 Beijing Olympics. Kido along with his partner Hendra Setiawan defeated the Chinese pair in the final and won the gold medal. A year before that, in 2007, the same pair had won the doubles title in the World Championship and 2006 World Cup as well. Apart from this, Kido also won other medals including doubles gold in many tournaments including 2010 Asian Games.

BWF tweeted the news of death

The Badminton World Federation told this sad news to the sports world on Monday evening. Giving information about Kido’s death by tweeting, BWF wrote, “Sad news coming: Marquis Kiddo, former Olympic Gold Medalist and World Champion, passed away today due to a heart attack. He will be remembered.”

Sad news coming in: Markis Kido 🇮🇩, former Olympic gold medallist and world champion, passed away today due to a heart attack. He will be missed.

The Badminton world went into mourning as soon as the news of Kido’s death was received. India’s number one men’s doubles player and medal contender in Tokyo Olympics Satwiksairaj Rankireddy expressed grief over the death by tweeting. Rankireddy wrote in his tweet, “Hard to believe. I grew up watching you play. Was lucky to be a part of your team in the Premier Badminton League. You are gone too soon legend. Marquis Kiddo, may you rest in peace.”

Hard to Digest 💔Grownup watching you play. Was lucky to be a part of your team in @PBLIndiaLive.
Gone too soon legend Rest In peace Markis Kido 🙏🏻 #markiskido #Rip pic.twitter.com/Zk40QFKIaW

Other Badminton stars of India also expressed deep grief over the sudden demise of Marquis Kiddo.

Also read: Test Championship: ICC’s decision came on the suggestion of Ravi Shastri, know – will 3 matches be played in the final?