Sacrifice made for hockey, penance for years, now this player wants to return from Tokyo with a medal, said a big thing about career 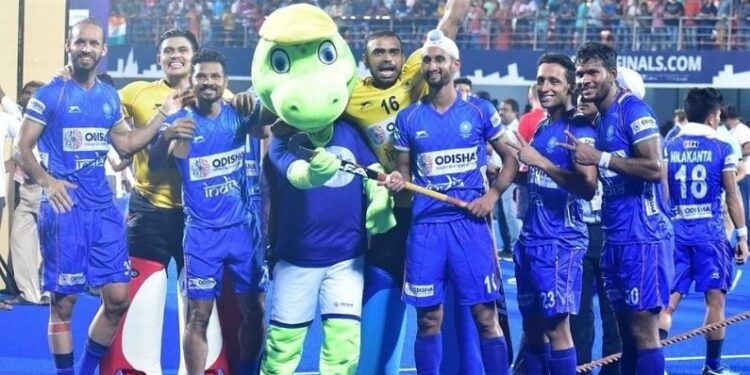 India got its last medal in the Olympics in the 1980 Moscow Games, but this time it is expected that the team can end this medal drought.

If we talk about experienced players in the Indian Men’s Hockey Team participating in the Tokyo Olympics-2020, then the team’s goalkeeper PR. Sreejesh’s name will come soon. He has enough experience to guide the youth of the team. He is counted among the best goalkeepers in the world and hence the team always expects him to perform better. Sreejesh, who has played two Olympics so far, said that he has sacrificed a lot for the sport and now he wants to fully capitalize on it in Tokyo.

The eight-time champion Indian team would be looking to end its more than four-decade-long medal drought in the upcoming Olympics starting on the 23rd of this month. Since making his debut for the senior team in 2006, Sreejesh has only one dream, to become an Olympic medalist.

35-year-old Sreejesh, one of the best goalkeepers in the world, said that it was mentally difficult for him to be away from his family for so long amid the COVID-19 pandemic. He said, “When you make such sacrifices, I always try to ask myself after that, like why am I staying away from my kids, my family? But I know the answer.”

The former captain told PTI, “We have a wonderful history in hockey and when I look back in my career, I know that I have a lot of FIH medals, I have won almost every tournament. There are medals, but not a single World Cup or Olympic medal.

Sreejesh has also spoken a lot about his career and said that this could be his last Olympics. He said, “This may be my last Olympic game. For me it’s about what can I get out of this as an athlete, what can I get out of this Olympics? It can only be a medal. It is this dream that helped me to give up everything. That’s what (the Olympic medal dream) is giving me extra energy. This is what is helping us to get out of our bed every morning and work hard. It is a dream which I have been living for the last 15 years and am ready to do so for the next 15 years.

Before the series against India, the new captain of Sri Lanka shouted, said – we will give equal competition, no less