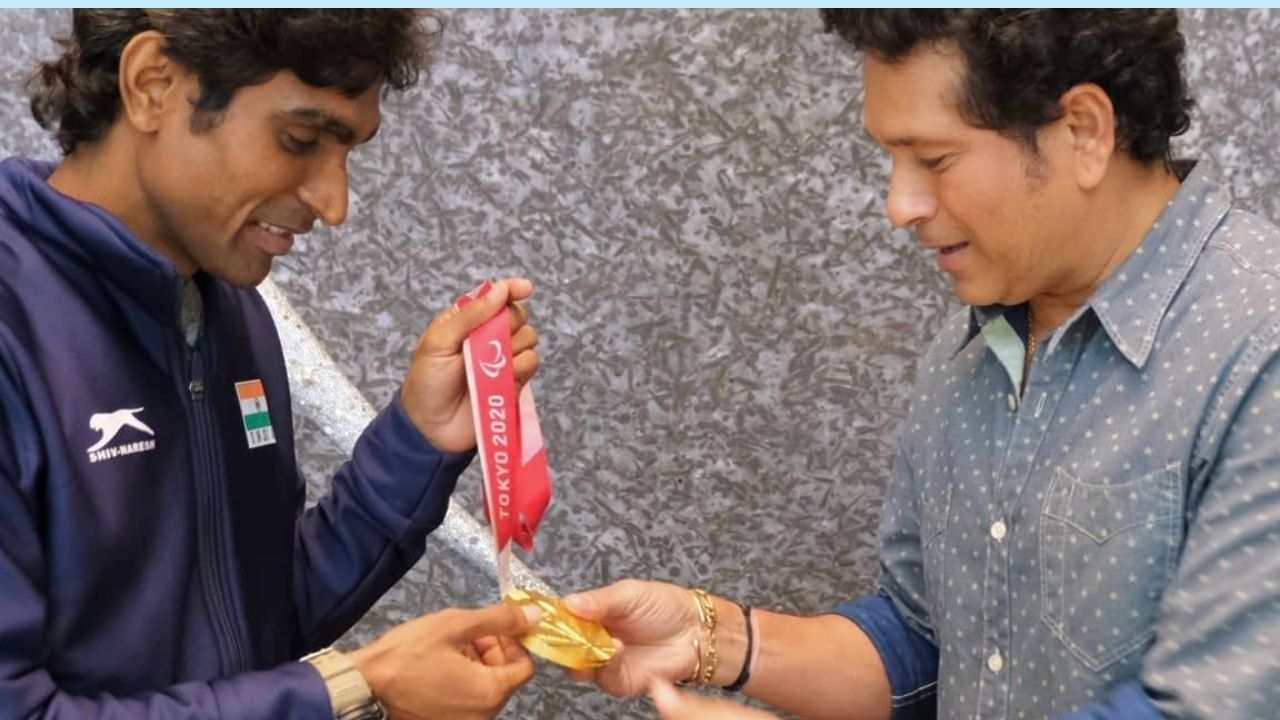 Pramod Bhagat defeated Daniel Bethel of Britain in the final of the SL3 category of the Tokyo Paralympics 2020 last week.

Defending world champion Bhagat won India’s first Paralympic gold medal (in badminton) with a straight game win over Britain’s Daniel Bethel in the SL3 category final of the Tokyo Paralympics last week. The 33-year-old Indian, who contracted polio at the age of four, made a spectacular comeback in the second set of the final after falling eight points to win.

Pramod loves to watch cricket and only after seeing Sachin he got the inspiration to keep himself calm and focused on the court. Recently he met Sachin and spoke his heart. After the meeting, Pramod said, ‘I used to play cricket in my childhood. During that time we used to watch cricket on Doordarshan and I was always impressed by Sachin Tendulkar’s calm and focused demeanor. His way of handling situations had a great impact on me.

He said, ‘I started following him. His sportsmanship impressed me a lot. So when I started playing, I followed the same thought process and it helped me make memorable comebacks in many matches including the World Championships. He said, ‘Even when I was trailing 4-12 in the second game of the final, I was confident that I could come back. I kept my concentration under control and came back and made my name in the fight.

CHILDHOOD DREAM COMES TRUE!
I can’t believe how happy I am today
as a kid I took inspiration from Sir @sachin_rt
The words you spoke to me today will stay with me forever & will keep inspiring me for life.
I thank you from the bottom of my heart
I will be sleepless tonight pic.twitter.com/KdssKlFqij

Bhagat had met Tendulkar after returning home from Tokyo. He gifted this great cricketer his racket used in the Paralympic final. Tendulkar gave him an autographed T-shirt and a book of his autobiography. He said, ‘I have been inspired by Sachin since childhood, so when I met him it was a big moment for me. He told me about the balance between life and sports. It was a dream come true moment. Bhagat, who hails from Attabira in Odisha’s Bargarh district, said he didn’t see any future in the sport when he started out, but is now feeling overwhelmed by the response he has received from his gold medal.