RR vs CSK IPL Match Result: Ashwin gave a spectacular win to Rajasthan, defeated Chennai and snatched the No. 2 chair from LSG 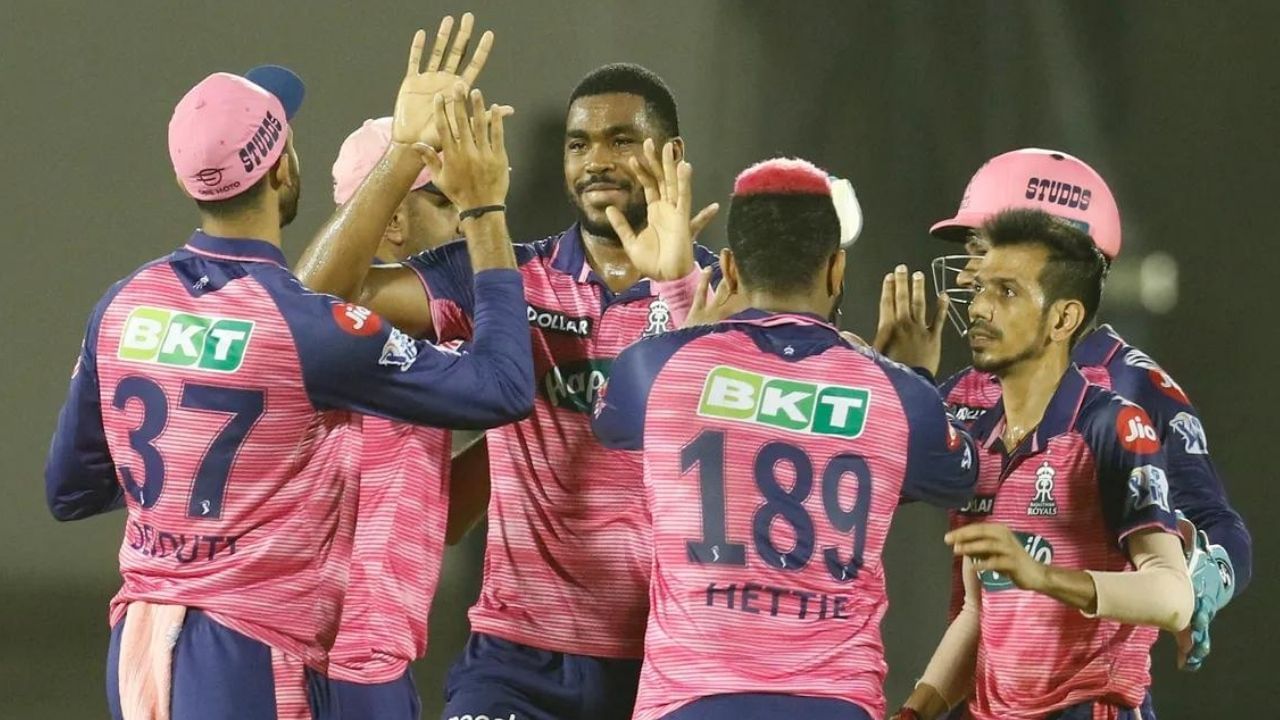 RR vs CSK IPL 2022: This is the ninth victory of Rajasthan Royals in 14 matches and the team has 18 points, while CSK had to face defeat for the 10th time.

The way the journey of Chennai Super Kings (CSK) started in IPL 2022, it also ended in the same way. Chennai Super Kings, who were battling a bad season for the second time in three years, had to face defeat in their last match of IPL 2022 as well. In the 68th match of IPL 2022 held at Brabourne Stadium, Rajasthan Royals defeated Chennai by 5 wickets and with this Sanju Samson’s team secured its second place in the playoff. Despite the brilliant innings of Moeen Ali, Chennai scored only 150 runs, batting first, which Rajasthan got in the last over on the basis of Yashasvi Jaiswal’s half-century and Ravichandran Ashwin’s match-winning counter-attacking innings.

In this match held on Friday 20 May, the only thing at stake was whether Rajasthan would be able to finish second in the playoffs or not. Rajasthan had to roll some papads for this because the pitch of this match was not easy at all for batting. The target was only 151 runs, but like the last few matches, once again opener Jos Buttler was dismissed in the second over. Captain Sanju Samson and Devdutt Padikkal also could not contribute much and were settled cheaply. However, Yashasvi Jaiswal (59 runs, 44 balls, 8 fours, 1 six) continued his fine form and stuck to one end.

The young opener completed his half-century in 39 balls and took the team past 100 runs. However, after that he was dismissed in the 15th over and it looked to be troublesome for Rajasthan, which increased further in the 17th over, when Shimron Hetmyer was also cheaply tackled. Both were made their victim by young leg-spinner Prashant Solanki. However, Ravichandran Ashwin (40 not out, 23 balls, 2 fours, 3 sixes) did wonders with the bat this time and piled up all the hopes of Chennai. Ashwin sent the team on the path of victory by hitting superb sixes in the 17th and 19th overs and in the last over too, the team confirmed the victory by scoring a four.

Earlier, CSK’s innings was divided into two halves, in which equal runs were scored, but the difference in overs was shocking. Star all-rounder Moeen Ali scored 75 runs in 6 overs of powerplay on the back of his 19-ball half-century in the powerplay. This was the first part of Chennai’s innings. Then the second part was quite the opposite, in which the Chennai batsmen struggled for runs on a slow pitch and due to this they could score only 75 runs in the next 14 overs as well.

Moin’s blazing batting, everything else sucks

For Chennai, Moeen played an innings of 93 runs (13 fours, 3 sixes) in 57 balls and missed a century by getting out in the last over. On the basis of his innings, Chennai scored 150 for 6 against Rajasthan. Apart from Moin, none of the batsmen could play freely. Moeen shared a 51-run stand for the fifth wicket with skipper Mahendra Singh Dhoni (26 off 28 balls) after sharing an 83-run stand with Devon Conway (16 off 14 balls) for the second wicket.


By the way, Chennai had lost the wicket of opener Rituraj Gaikwad (2) in the very first over. He was dismissed by Trent Boult, but after that Boult’s evening did not go well. In the last over of the powerplay, Moeen Ali hit five fours and a six against Trent Boult. There was no other attraction in CSK’s innings. For Rajasthan, other bowlers including Yuzvendra Chahal (2/26), Obed McCoy (2/20) and Ravichandran Ashwin (1/28) together tightened the noose on Chennai.