Rooms are not being cleaned daily, no hot water kettle, disputes over Indian food in Tokyo Olympics 2020! 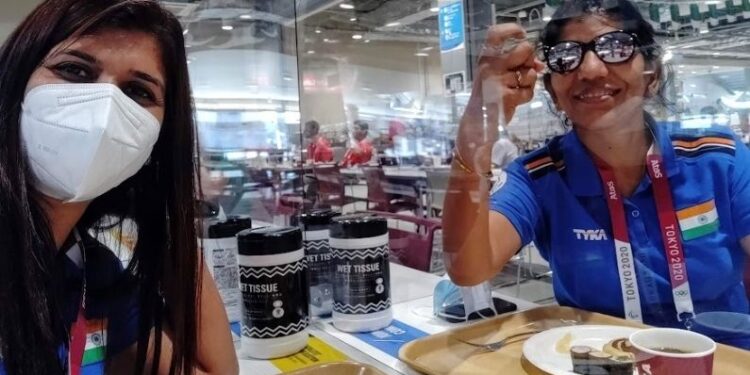 Most of India’s players for the Tokyo Olympics 2020 reached on 18 July and have spent two days in the sports village. There are still some players left who will soon leave for the Maha Kumbh of the Games.

Indian athletes have arrived for the Tokyo Olympics. This picture was posted by shooting coach Suma Shirur.

The dining hall at the Khel Village for the Tokyo Olympics 2020 is serving cuisines from around the world, including Indian lentils and parathas. However, the Indian team has given a mixed reaction to it. In view of the demand of hot water of the players, more than 100 electronic kettles have been sought from the Indian Embassy. Kettles are not kept in the rooms of the Khelgaon. Along with this, cleaning of rooms will be done once in three days in an exercise to keep personal contact to a minimum due to Corona epidemic. Most of the players from India reached here on Sunday and have spent two days in the Khelgaon.

Indian team’s deputy chief Prem Verma told on July 19, ‘The players need kettles. They have to drink hot water in the morning. We have requested the Indian Embassy to make arrangements for this. A team official told that the rooms are good but they have not been cleaned since Sunday. To this, Verma said, ‘The local organizing committee will get the cleaning done every three days to keep the contact minimum. If someone needs cleaning everyday, then you can say. Towels can be changed daily. Table tennis player G Sathiyan told that he has no problem with the facilities of food and exercise. Sathiyan said, ‘Everything has been fine. There are no complaints. I ate dal and paratha yesterday which was good.

At the same time, an official said that desi food can be better. “I will ask Indians to taste continental or Japanese food,” the official said. Indian food is average and sometimes raw. There is better local food than this. The seafood being served here is quite fresh. Verma, however, said, ‘On coming to another country, one should adopt the culture there, which includes food and drink. Good Indian food is being served here. Now what you get in your country should not be compared with it. There is a lot of variety in the food. The dining area is two-storeyed and during this time social distancing is also being managed by installing fiberglass over the seating area.

Most of the Indian players are being given corona test kits daily so that they can give samples to the IOA officials for corona test before going to practice. However, the Indian team had asked for a five-day kit in advance itself.

read this also: This veteran told Saurabh Chaudhary the biggest hope of a medal in the Tokyo Olympics, said- he will win with a big margin!