Rohit Sharma kept watching, KKR wrote the story of victory in the first over, ‘That decision’ was overwhelming for Mumbai! 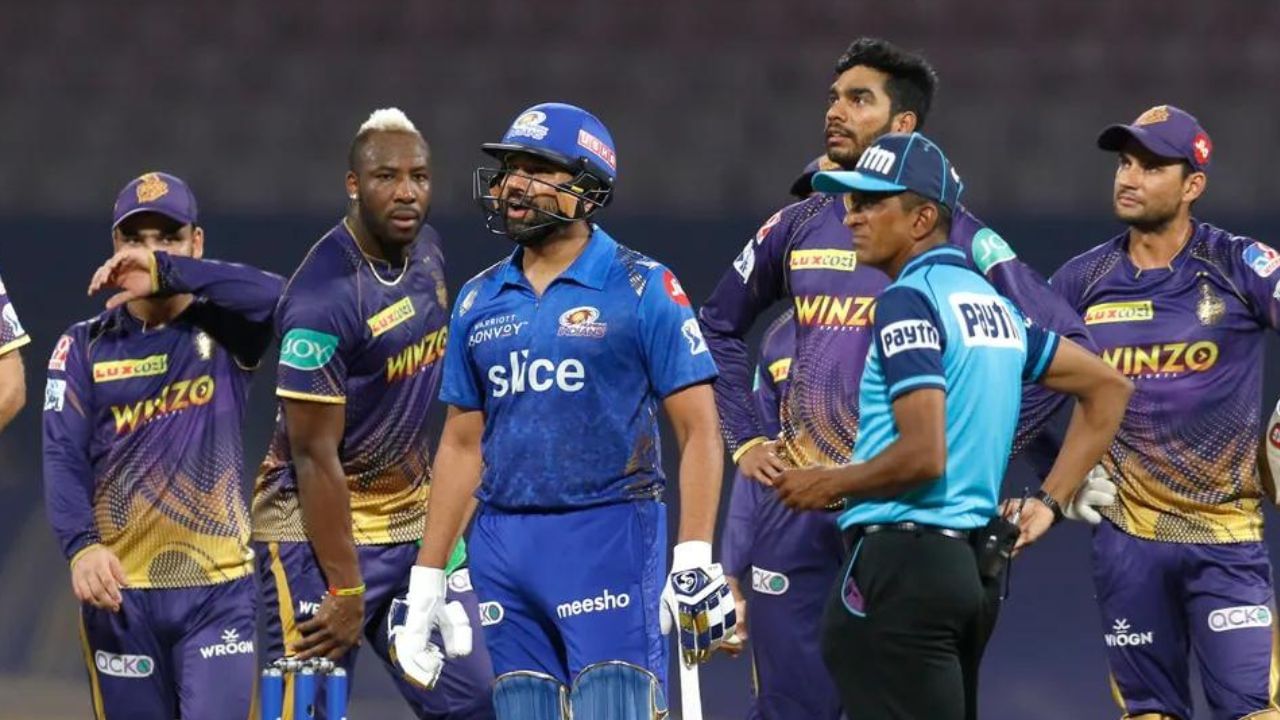 Rohit Sharma was dismissed by Tim Southee in the very first over.

Mumbai (MI) got a target of 166 runs from Kolkata (KKR) to win in this match, but a controversial decision started the match in a completely unwanted way.

Mumbai Indians (Mumbai Indians) Like, IPL 2022 was not good for the captain of the team, Rohit Sharma. Indian cricket team captain and legendary opener Rohit Sharma (Rohit Sharma) Not a single half-century has been scored in this season. However, as the team seemed to be getting into its rhythm and won two consecutive matches, Rohit was also seen batting in his old style during this period. In such a situation, it seemed that before the end of the season, Hitman’s bat would show a big innings, but Kolkata Knight Riders (Kolkata Knight Riders) Luck played a game against him against him. Rohit, who came to the crease to take the responsibility of a good start to win the team, had to be a victim of a controversial decision in the very first over, on which the Mumbai captain could not hide his displeasure.

In this match played at DY Patil Stadium in Navi Mumbai, Kolkata batted first and scored 165 runs in 20 overs for the loss of 9 wickets. Mumbai’s legendary pacer Jasprit Bumrah was instrumental in preventing Kolkata from scoring big, who took 5 wickets for just 10 runs on the strength of his deadly bowling. Mumbai were expecting a good start from the batsmen after the team’s tremendous performance in bowling, but in the very first over, the team was shocked by a controversial decision.

Rohit and Mumbai got cheated in DRS?

Captain Rohit Sharma, who came to open the innings, had to return to the pavilion after getting out on the last ball of Tim Southee in the first over. Rohit tried to play the short ball of Southee in the leg side, in which he was not successful and after hitting the Thai pad, the ball went to the wicketkeeper, who took a good catch with one hand. Although the umpire gave it not out and then KKR took the help of DRS and this is where all the controversy took place.

When replays used the snickometer (ultraage) to determine the contact of the ball and the bat, the movement was seen before the ball reached the bat, which continued as it passed the bat. On this basis, the third umpire gave Rohit Sharma out.

Rohit Sharma did not look happy at all with this decision and remained at the crease for some time. Like everyone else, Rohit was also assuming that the ball was hit only on the Thai pad. At the same time, he was also surprised that even before passing close to the bat, there was movement on the sneakometer, due to which the technology was also under question. But Rohit had no option but to return to the pavilion in the end.

So did this controversial decision of this DRS lay the groundwork for Mumbai’s defeat? The answer to this question can be given in yes because the effect of this poor start was shown on Mumbai’s batting and the team did not get a good start in the powerplay. For the last few matches, Rohit was continuously giving a quick start to the team and its effect was shown in the form of two consecutive victories, but this time it could not happen. Then the excellent bowling from KKR also created problems for Mumbai and eventually got all out for just 113 runs and won the match by 52 runs.

Bad news for online shoppers! The era of heavy discounts of e-commerce companies is about to end

Why is the law blind? Know who is the goddess of justice seen in the courts, what is the meaning of scales in...