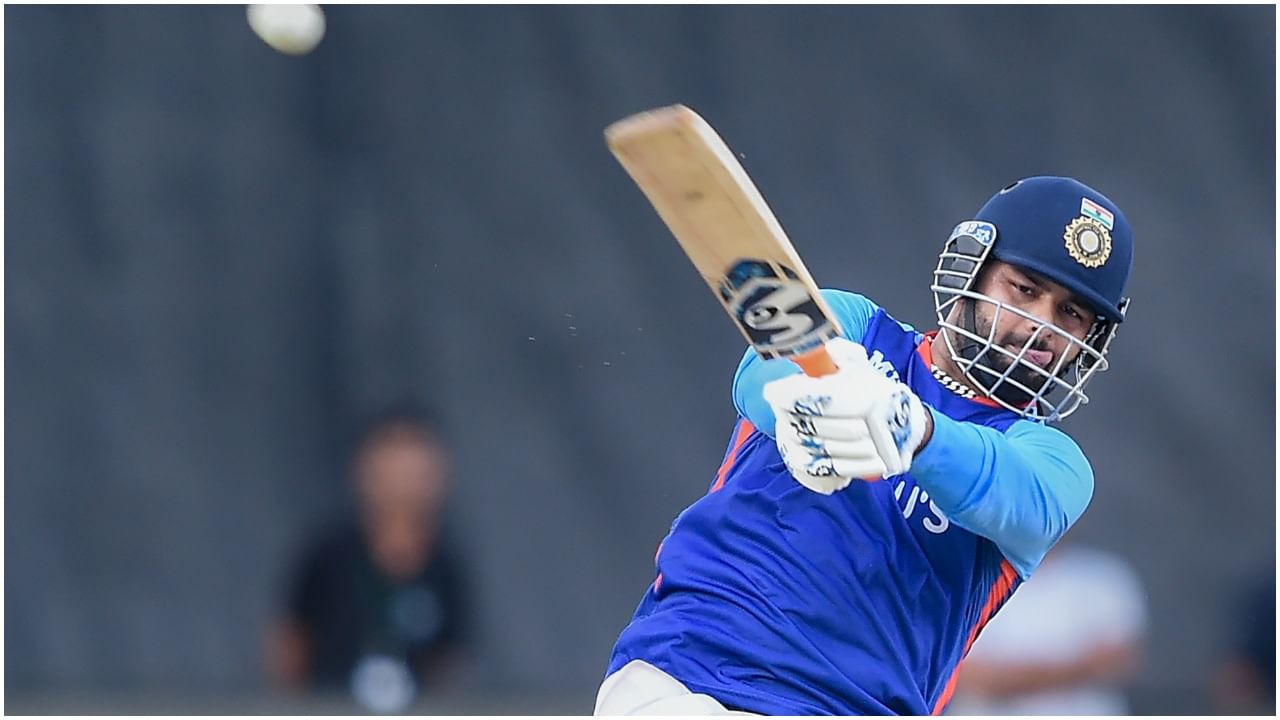 Rishabh Pant’s record in T20 International is very bad. After Dinesh Karthik’s entry in the team and his brilliant performance, Pant is now seen under pressure.

While Dinesh Karthik’s new role as the ‘finisher’ was the biggest success story for India in the drawn T20I series against South Africa, the form of interim captain and the country’s favorite wicket-keeper was a source of interest for the Indian think-tank and management. would have been a matter of concern. Rishabh Pant was in poor form in terms of batting, scoring only 58 runs at a poor average of 14.5 and strike rate of 105.45. His highest score was 29. The lethal left-handed batsman doesn’t have a big record for India in T20Is and his exploits in this season of the 15th edition of the IPL have been meager. Now, with Dinesh Karthik’s place in the Indian XI confirmed and Virat Kohli and Suryakumar Yadav preparing to return to the national team, it will be difficult for Pant to find a place in the middle order.

Pant did very poorly in the South Africa series

Pant had a poor series against South Africa, failing in three of the four completed innings with scores of 29, 5, 6 and 17. What makes these figures worse is that the wicketkeeper-batsman was batting at No 4 and had enough time to play his innings and pick up his pace afterwards. But they failed. Neither he scored big nor played any scoring innings. This will be a matter of concern for Rahul Dravid & Co. Pant was seen struggling to progress even in the middle overs. Especially considering that he is batting at number 4, he often comes to bat between the 7-16 phases of the game. But they are not in a hurry to take advantage of the many deliveries they make at the start of their innings: 5 off 7 balls to bat in the 7th over at Cuttack, 6 off 8 in the 13th over at Visakhapatnam and 17 off 23 balls in the 3rd over at Rajkot. With this, Pant did not perform at his best worthy of his assigned place in the series.

In 17 T20 matches this year, the left-hander’s strike rate in the middle overs averaged 136.09, which is also lower than other Indian batsmen whose middle over spot is questioned: 7-16 phases of the game Rahul Tripathi has a strike rate of 160 in this. Sanju Samson got 144.34, Deepak Hooda 139.24 and Shreyas Iyer got the strike rate of 137.12. Pant was repeatedly dismissed while playing the balls outside the off-stump. He was dismissed thrice in four innings of this series – twice to Keshav Maharaj and once again to Enrique Nortje. In fact, he was dismissed 10 times in 20 innings this year i.e. he batted on half-times. This means that he was often dismissed on slow wide deliveries outside the off-stump. In the case of facing these balls, the left-handed batsman loses all his control and takes the catch by tossing the ball in the air without taking care of any power or timing.

Overall, Pant doesn’t have a great record for India in T20I cricket – just 741 runs in 42 innings at an average of 23.15 and a very poor strike rate of 123.91. In fact, it is the second lowest scoring rate for an Indian batsman (minimum 500 runs) after Gautam Gambhir in the history of this format of cricket. He has failed in 20 out of 42 in almost half the innings he has batted in this format, which is a very high rate of failure, as he has batted at No 4 and 5 in 35 out of 42 innings for India. Pant has completed just three fifties in international T20 cricket and barely five impressive innings while playing for the country – a high-impact performance in every eight innings for a batsman of his ability batting at the top of the order. is very common.

Pant tasted enormous success in the IPL between 2017 and 2019, scoring 1,538 runs in 44 matches at an average of 38.45 and more importantly his strike rate of 168.08 with 10 fifties and a century. In all these three seasons, he batted at a strike rate of above 160, making him one of the most dangerous and intimidating batsmen in this prestigious tournament. But in the next two editions, the left-handed batsman’s score saw a dramatic drop. Although he scored a total of 343 and 419, his strike rate fell to astonishing levels of 113.95 and 128.52 in 2020 and 2021. Pant took it to around 152 this season but didn’t last long enough to put up a stellar performance in a single match for the ‘Delhi Capitals’. He did not score a single half-century in the tournament.

Pant will have to struggle to get a place in the playing XI!

In his new role as the ‘finisher’ for India in the recently concluded series against RCB in IPL 2022 (330 runs at 183.33) and South Africa, Karthik has been in excellent form and top-order KL Rahul ( After the return of KL Rahul, Rishabh Pant may struggle to get a place in the playing-11 as the third wicketkeeper-batsman. Rohit Sharma and Rahul as openers in the probable playing-11 for the T20 World Cup in Australia, Kohli at number three, Suryakumar at number 4, Hardik Pandya at number 5, Karthik at 6, Ravindra Jadeja at number 7. And then there could be Yuzvendra Chahal, Jasprit Bumrah, Mohammed Shami and maybe Bhuvneshwar Kumar or Deepak Chahar. Where does Pant fit in this Indian playing XI?


Dravid trusts Pant but has to score runs

India’s head coach Rahul Dravid has insisted that Pant will continue to be an important part of the batting order in T20 International cricket as well. Whereas in T20s like his performances in Tests and ODIs, he has never been counted as a powerhouse and a force to be reckoned with. It is necessary to talk about the need for a left-handed batsman to counter aggressive leg-spinners and slow left-arm straight bowlers in the middle overs, but it only works if Pant is a batsman in this format. But meet the minimum requirements. Pant’s style of play may not be suitable for batting at number 4 – this is confusing him in the shortest format of cricket. He needs to go back to his regular game, which is possible in T20 format cricket only when he comes to bat in 14-15 overs. This essentially means that he will have to come in the role of a finisher from number 5 or 6. However, at present there is a tough challenge for those slots and Pant is very low on this matter.