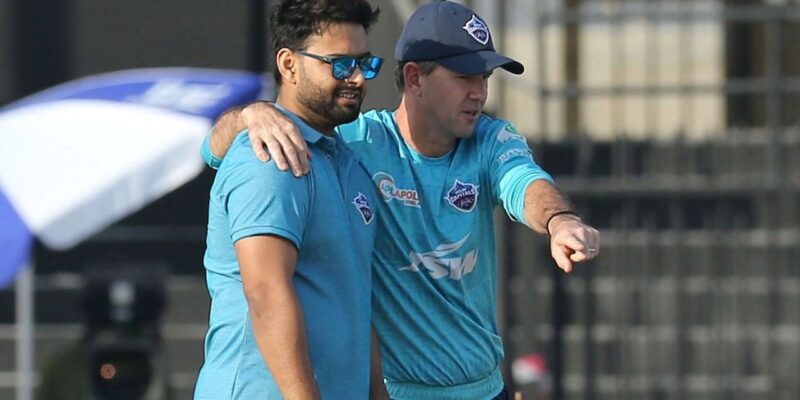 Ricky Ponting has been the coach of Delhi Capitals for three seasons while Rishabh Pant has become the captain for the first time in IPL 2021.

Delhi Capitals crashed out in the second qualifier of IPL 2021 after losing to Kolkata Knight Riders. Following the loss, Delhi captain Rishabh Pant said that despite being out of the IPL after a close defeat to Kolkata Knight Riders (KKR) in the second qualifier, he is proud of his team and has also called fellow players ‘extraordinary’. Warrior’. Delhi Capitals suffered a three-wicket loss to KKR in the second qualifier, with their poor batting being responsible. His team could only score 135 runs. KKR had at one point lost five wickets within seven runs but the team entered the final after registering a victory with one ball. Chennai Super Kings and KKR will clash in the final of IPL. This match will be played on 15 October in Dubai.

Pant tweeted, ‘This season ended last night with a disappointing moment but nothing could have been a more proud moment for me than leading this extraordinary team of warriors. We faced challenges throughout the season, we were a little weak in some days but we always gave our 100 per cent. I would like to thank the owners, management, staff and team mates and most importantly our fans. You all made this session special. We will come back strong next year.

To the owners, management, staff, my teammates and most importantly, our passionate fans, I want to say thank you from my heart. You all made this season special. We will come back stronger @DelhiCapitals 🙌

Delhi was on top in the league stage

Delhi played well in the league stage. The team had won 10 out of 14 matches and kept the first position in the points table with 20 points. But in the playoffs, the team had to face defeat in two consecutive matches. In the first qualifier, he was defeated by Chennai Super Kings and in the second he was beaten by KKR. This is the second consecutive year that the team of Delhi Capitals stayed away from the title. Earlier in IPL 2020, the team was defeated by Mumbai Indians in the final. This was Delhi’s first IPL final. Earlier this team had never reached the title match.

Mega auction is to be held before IPL 2022. In this, due to two new teams, the players of all the teams will have to be selected afresh. In this sense, many players of Delhi Capitals playing in IPL 2021 will hardly be with him next year. It is believed that players like Shreyas Iyer, Rishabh Pant will be retained by the Delhi team.

What says your nails: You can know your future even by nails, know what your nails say