Rishabh Pant returned after winning the battle with COVID, joined Team India in Durham, can take part in the second practice match 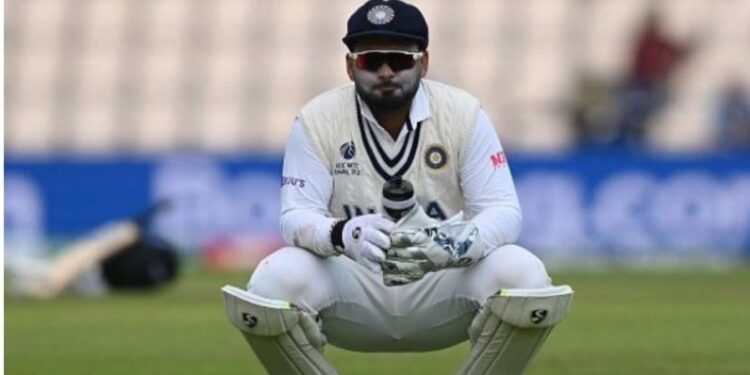 Rishabh Pant had come under the grip of COVID-19 and was in Quarantine, due to which he could not be a part of Team India in the first practice match.

A good news has come for the Indian team before the Test series against England. Indian wicketkeeper Rishabh Pant has fully recovered from COVID and has joined the Indian team in Durham. The BCCI gave this information in a tweet on Thursday morning. India has to start the five-match Test series against England from August 4. Pant had already become a victim of COVID and was quarantined. Pant, who was found to be Corona positive, has completed a 10-day quarantine. His two RTPCR reports have come negative.

India did not field a regular wicketkeeper against the county team in the practice match as Wriddhiman Saha is also quarantined along with Pant. The BCCI tweeted on Thursday with Pant’s picture, “Hello Rishabh Pant. Nice to see you back.”

Such were the victims

Pant was staying at an acquaintance’s house when he was found positive. According to sources, he was infected with the Delta 3 variant after seeing a dentist. For this reason he could not play the first practice match. Now that he has returned, there is hope that he can be a part of the team in the second warm-up match. Earlier there were reports that he got the infection after watching the Euro Football Championship match at the stadium. After Pant was found positive, BCCI secretary Jay Shah had written to the Indian team requesting them to avoid overcrowding at Wimbledon and Euro matches.

These people are still in quarantine

Bharat Arun, Saha, Abhimanyu Easwaran along with Dayanand Gharani are still in isolation. Due to coming in contact with Dayanand Gharni, 3 more team members Abhimanyu Easwaran, Wriddiman Saha and bowling coach Bharat Arun also had to be isolated. According to information received from team sources by InsideSport, their isolation period is ending on July 24. In this series against England, Rishabh Pant can prove to be the X-factor of Team India.

To avoid playing in the Champions Trophy, he told the lie of his grandmother’s death, this stalwart bowler died in a car accident