Rishabh Pant got corona, then this player running out of the Indian team indicated – I am not 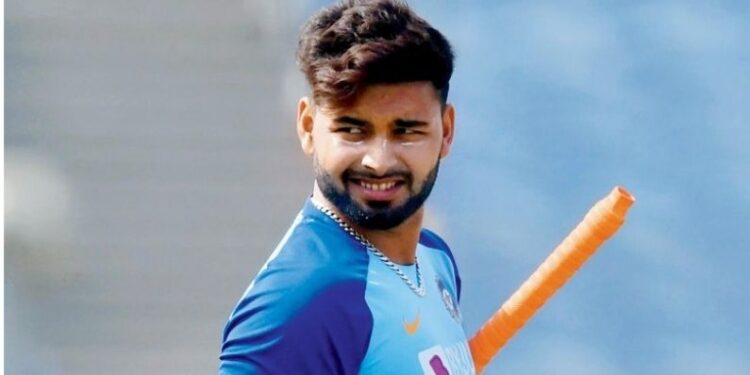 The Indian team has suffered a major setback after the news of Rishabh Pant being COVID positive and the problem of wicketkeeper has arisen in front of him in the Test team.

Rishabh Pant has been hit by Corona during his tour of England.

The Indian team is currently on a tour of England where they have to start the five-match Test series from August 4, but before that the Indian team has got a setback. Team India’s wicket-keeper batsman Rishabh Pant has been found to be COVID-19 positive and with him the staff member has also come COVID positive. At the same time, another Indian wicket-keeper batsman Wriddhiman Saha also came in contact with a positive staff member, so at this time he is also in isolation. This means that if both these wicketkeepers are not fit, then India will have no other option but to play KL Rahul as a wicketkeeper.

Amidst all this news, a commentator of this series has offered to solve India’s problem. It is none other than India’s wicketkeeper Dinesh Karthik who is currently working as a commentator in England. However, Karthik has been out of the team for a long time and he is not getting a place in the team.

The team is currently in trouble and in the meantime, Karthik has also suggested a solution to the team management through a tweet. Karthik has tweeted a photo of his kitbag and wicketkeeping gloves and also wrote #Justsaying. Karthik has probably indicated that if the team wants, he can take the responsibility of wicketkeeper for the Indian team in Tests.

Last Test played in England itself

Karthik has played a total of 26 Test matches for India and has scored 1025 runs which includes seven half-centuries and one century. He played his last Test match in England itself in 2018 against the host team at Lord’s ground. In the first innings of this match, Karthik scored one run while in the second innings he could not even open the account. After this Karthik did not get a place in the Test team. He also played his last ODI in England in 2019.

Watching the second season of IPL-14

However, he has not given up hope of returning to the Indian team. Karthik plays for Kolkata Knight Riders in IPL. The 14th season of IPL was stopped midway due to Corona. Now the remaining matches of this season will be played in September-October. Karthik had recently said in an interview to PTI that he is looking towards IPL. He had said, “A lot depends on how the IPL will go so I am ready to do well for KKR. Let’s see if it helps me (to make a comeback in Indian team).