Refugee team hit by Corona before leaving for Tokyo Olympics, there was a stir as the case surfaced 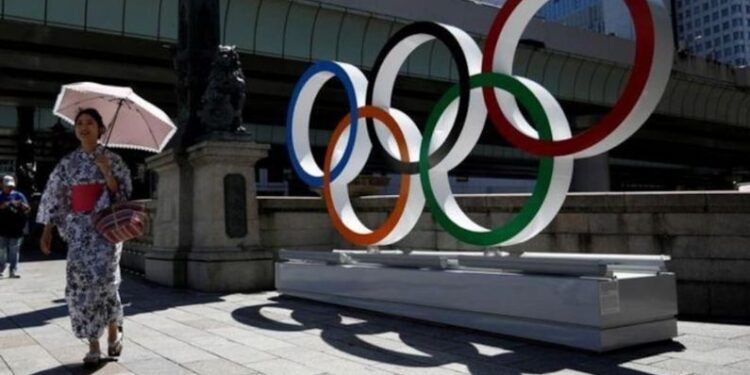 The IOC started sending refugee teams from the Rio Olympics. These players do not participate on behalf of any country. This time 29 players are part of this team.

The Tokyo Olympic Games are to begin on 23 July.

The effect of Coronavirus is being seen on the Tokyo Olympics since last year. Last year these games were postponed for a year. Sports are being organized this year too, but the threat of corona has not diminished. First came the news of a Ghanaian player being Corona positive. At the same time, the news of the Olympic Refugee team getting infected with Corona is coming to the fore.

Before leaving for Tokyo, an official in the International Olympic Committee’s refugee team has been found to be Corona positive. The infected officer has been kept in quarantine and has no symptoms. Due to this their journey is getting delayed. However, the reports of other members in the team have come negative. According to the statement of the International Olympic Committee (IOC), ‘The IOC Refugee Olympic Team came together for the Welcome Experience in Doha, Qatar. Out of 29, 26 players and 11 officials took part in it.

According to the statement, ‘An officer was found positive after conducting a Corona RT-PCR test before leaving for Tokyo. Then another test confirmed the result while all other team members (players and officials) have come negative in the test. The IOC said, “As a result, it was decided that the team will not leave for Tokyo now and will continue to train in Doha and they will continue to be tested daily.” Three athletes could not take part in the ‘Welcome Experience’ in Doha and two of them – Ahmed Alikasz (Judo) and Abdullah Sediqi (Taekwondo) will reach Tokyo on Wednesday.

This time 29 players will take part

The refugee team selected for the Tokyo Olympics consists of 29 players who will challenge in 12 sports. The International Olympic Committee (IOC) has selected these 29 players out of 55 players. These players have left their country of origin and are getting scholarships in the new country to practice. The 29 players selected this time are originally from Afghanistan, Cameroon, Congo, Republic of Congo, Eritrea, Iran, Iraq, South Sudan, Sudan, Syria and Venezuela. These players will participate in swimming, athletics, badminton, boxing, rowing, cycling, judo, karate, shooting, taekwondo, weightlifting and wrestling.

Joined the army and then became a shooter, Subedar Gurpreet Singh missed by just 2 points in Rio