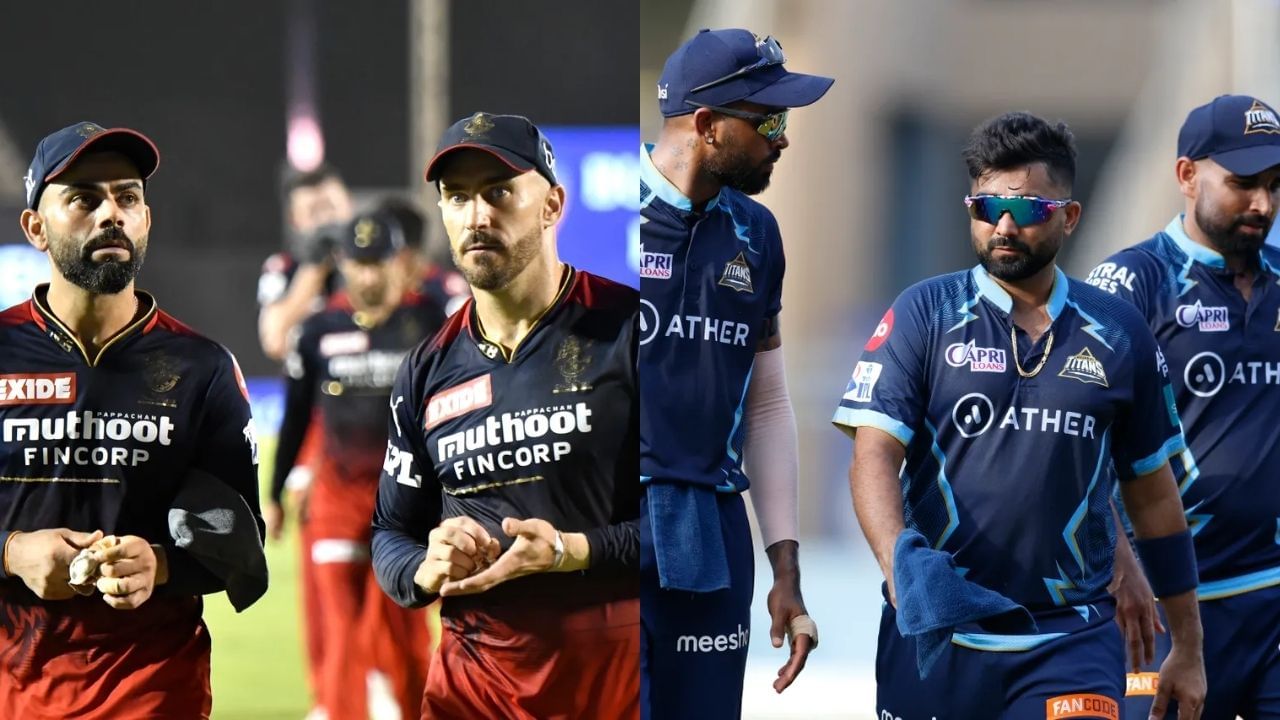 Bangalore needs a win for the playoffs. (IPL Photo)

Royal Challengers Bangalore vs Gujarat Titans Preview: The team of Gujarat has already reached the playoff but the team of Bangalore is still in the race and this match is very important for them.

It is not easy for Royal Challengers Bangalore in the playoffs in the 15th season of the Indian Premier League. The team will have to work hard for this. There is still one match left for this team and this team can reach at most 16 points. But for this it is necessary that he wins the match against table topper Gujarat Titans on Thursday in IPL-2022. By winning this match, she will strengthen her playoff claim. On the other hand, Gujarat Titans would like to win this match and consolidate their position in the first place and maintain their winning streak before the playoffs.

Gujarat Titans, who made their IPL debut, have ensured the top spot with 20 points from 13 matches so far. RCB, on the other hand, have won seven matches and lost six, after which they are at the fifth position with 14 points from 13 matches. The net run rate of RCB is however – 0.323. A win against Gujarat will take them to 16 points but due to the net run rate, they will have to pray for favorable results in the other matches as well. Delhi Capitals are currently in fourth place and after defeating Mumbai Indians in the last match, they can also come on 16 points. His run rate is also better than RCB +0.255.

RCB regained momentum with two consecutive victories but lost to Punjab Kings by 54 runs in the previous match. The poor form of Virat Kohli continued, who scored just 20 runs in the last match. Now he has another chance to change the fortunes of himself and the team by playing a blazing innings. Captain Faf du Plessis, Mahipal Lomord and Dinesh Karthik will also be looking to play big innings as their bat has been silent for the last few matches. Glenn Maxwell and Rajat Patidar could not convert a good start into big scores.

Harshal Patel and Wanindu Hasaranga have performed brilliantly in the bowling. In the last match, when the Punjab batsmen had beaten all the bowlers, then both of them had taken four and two wickets respectively by putting good spells. RCB’s concern is also the poor form of Josh Hazlewood and Mohammad Siraj, who proved to be very expensive against Punjab.

On the other hand, it was a dream-like debut session for Gujarat. Even if she loses in this match, she will remain on top that means she will get two chances to reach the final. Wriddhiman Saha, Shubman Gill, David Miller, captain Hardik Pandya and Rahul Teotia have played good innings in Gujarat’s batsmen. Mohammed Shami, Yash Dayal, Lockie Ferguson and Alzarri Joseph have been effective in the bowling. The command of spin has been handled well by Rashid Khan of Afghanistan.