Ravindra Jadeja became the captain, the bowler who took 17 wickets in 3 matches will not play! 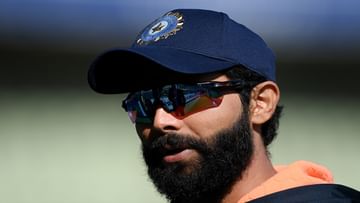 Ravindra Jadeja will be seen captaining Saurashtra in Ranji Trophy, will compete with Tamil Nadu on Tuesday.

Team India’s all-rounder Ravindra Jadeja is now fully fit. This player suffered a knee injury during the Asia Cup. As a result, he could not even play the T20 World Cup. But now this player is completely fit. Jadeja is ready to return and now this champion player will start showing his power from Tuesday. Ravindra Jadeja Will play in Ranji Trophy match for Saurashtra. The match will be against Tamil Nadu and the great thing is that Jadeja has been made the captain of Saurashtra for this match.

Saurashtra’s full time captaincy is done by Jaydev Unadkat but Jadeja will captain in the match to be held in Chennai. Now you must be wondering why is this happening? After all, why was the captaincy taken from Jaydev and given to Jadeja? The answer to this question is the Border-Gavaskar Trophy.

Jaidev has been given rest

Actually Saurashtra captain Jaydev Unadkat has been rested from this match. This player will play in the Border-Gavaskar Trophy against Australia and before that it has been decided to rest Jaydev as he has played three consecutive Ranji Trophy matches after Bangladesh tour. On the other hand, Jadeja could not play cricket for so long due to injury and he will get game practice from Ranji match against Tamil Nadu.

It will not be easy for Jadeja to make up for Jaydev’s absence.

It is not going to be so easy for Ravindra Jadeja to fulfill the absence of Jaydev Unadkat. Actually Jaidev has led this team from the front. This player has taken 17 wickets in 3 matches. Due to which Saurashtra has secured the top position in Group B. Now since Jaydev is resting, Jadeja will have to prove himself so that he can get the rhythm before the Test series against Australia. The series of four Test matches against Australia is starting from 9 February.