Ravi Dahiya won silver in the last ranking series tournament before the Olympics, Deepak Poonia did not participate 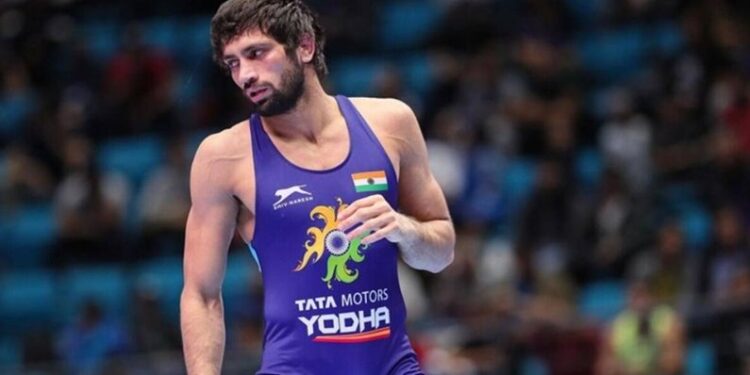 World Championships bronze medalist Ravi Dahiya, who has qualified for the Tokyo Olympics in 57kg, went on to compete in the tournament in 61kg.

Ravi Dahiya has qualified for Olympics

Indian wrestler Ravi Dahiya, who has qualified for the Olympics, had to be satisfied with the silver medal in the 61 kg category at the Poland Open. He was the only Indian male wrestler to reach the finals of the tournament. This tournament was very important in terms of Olympic preparations as this is the last ranking series tournament for the players before going to Tokyo. Ravi lost in the final to the same player whom he had defeated in the first round.

World Championships bronze medalist Dahiya, who has qualified for the Tokyo Olympics in 57kg, went on to compete in the tournament in 61kg. Explaining the reason behind this decision, he said that he did not want to go through the rigors of reducing his weight twice in almost two months.

Ravi was defeated by Ghulamjan in the final.

Ravi was defeated by Ghulamjan Abdullaev in the final. He defeated the same opponent in the first round. Earlier, all the rivals again targeted Ravi’s left leg but the Asian champion and 2019 World Championship bronze medalist won the match with his superior stamina. He defeated Nathan Khalid Tomasello of America 9-5 to reach the semi-finals. He then defeated Iran’s Raza Ahmadali A 7-4. Ravi had defeated Asian Championship silver medalist Askarov of Kazakhstan in the second round.

Deepak Poonia did not participate

Indian wrestler Deepak Poonia, who has qualified for the Olympics, on Tuesday withdrew from the Poland Open to avoid aggravating a left arm injury. Poonia was to challenge in the 86kg category, but withdrew from the quarterfinal match against Zahid Valencia of America. The bronze medalist at the 2019 World Championships suffered an injury during practice two or three days before leaving for Warsaw.

WTC Final: New Zealand is not allowing India’s pulses to melt for 20 years, every time it beats, will Virat Kohli take revenge?