Rashid Khan created a ruckus in PSL 2021, craved the batsmen for runs, won the lost match with the bat in the last over 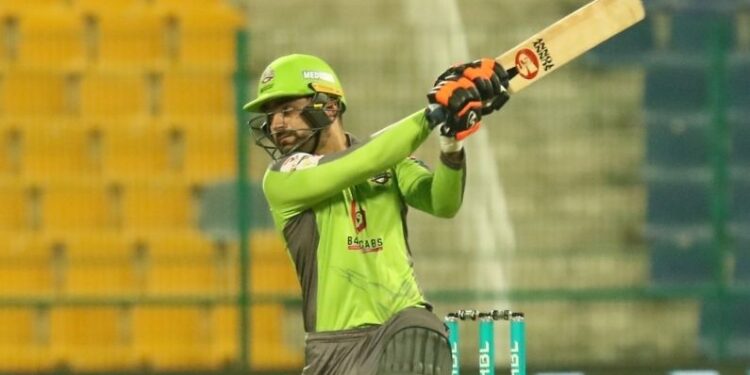 Rashid Khan of Afghanistan created a ruckus in the first match of the second half of PSL 2021. He made an impression with both the ball and the bat.

Rashid Khan contributed with both ball and bat in Lahore Qalandars’ victory.

The second half of the Pakistan Super League has started in a bang in the UAE. Afghanistan’s Rashid Khan created a ruckus with the ball and bat to give Lahore Qalandars a thrilling win over Islamabad United. Playing for Qalandars in the PSL that resumed three months later, Rashid Khan spent just nine runs in the first four overs and took one wicket. Then, doing wonders in batting, made the team win in the last over by blowing 15 runs in five balls. Apart from Rashid Khan for Qalandars, Australia’s James Faulkner was also the hero of victory, who took three wickets.

Batting first, Islamabad United scored 143 runs for nine wickets. None of his batsmen could score more than 27 runs. All the bowlers of Qalandars got wickets but Rashid Khan was the most stingy. After this, the Qalandars were also staggering while chasing the target. In the last over, they needed 16 runs to win. Then Rashid Khan scored 15 runs and gave victory to the team on the last ball. Lahore dominated in this match. Due to the three wickets of James Faulkner, Islamabad’s batting continued to yearn for runs. Then Rashid Khan’s four-over spell did the work of wetting the flour in the pauper. He took the wicket of Hussain Talat in a span of four overs and conceded only nine runs. For the fifth time in T20 cricket, Rashid has given less than 10 runs in his four-over spell. In this case, there are two West Indies bowlers ahead of him. Samuel Badree has done this feat seven times and Sunil Narine 12 times.

For Islamabad, it should be good for number eight Faheem Ashraf, who scored 27 runs in 24 balls with two fours and a six to take the team to a fighting score. Apart from them, Hasan Ali (14) and Mohammad Wasim (10) also played useful innings in the lower order. The score was not that easy on the slow pitch of Abu Dhabi. However, Fakhar Zaman and Sohail Akhtar gave a quick start to Lahore. But Islamabad’s bowlers also made it difficult for the Lahore batsmen to score runs with disciplined bowling. Captain Sohail Akhtar scored 40 runs in 30 balls with five fours and a six in the top order. Then Mohammad Hafeez also played an innings of 29 runs in 25 balls. But the pace of scoring slowed down in the middle overs. Due to this, Islamabad got the upper hand in the last overs.

In the last two overs, Lahore Qalandars needed 23 runs to win. Hasan Ali did this over and gave only one run in the first five balls and took the wicket of Ben Dunk. But on the last ball, Tim David of Singapore hit a six in the last over to reduce the number of runs needed to win to 16. Hussain Talat came to bowl the last over. The funny thing was that before this over, Talat had not bowled in the entire match. The batsman in front was Rashid Khan. He hit fours in the first three balls. Now four runs were needed in three balls. These runs came easily in the last three balls and Lahore Qalandars won. With this victory, Lahore’s team reached the top of the points table with four wins in five matches. On the other hand, Islamabad’s team slipped to fourth place.

read this also: 82 runs in 16 balls, blew up Virat Kohli’s team, the fastest century of T20 is the name of this player