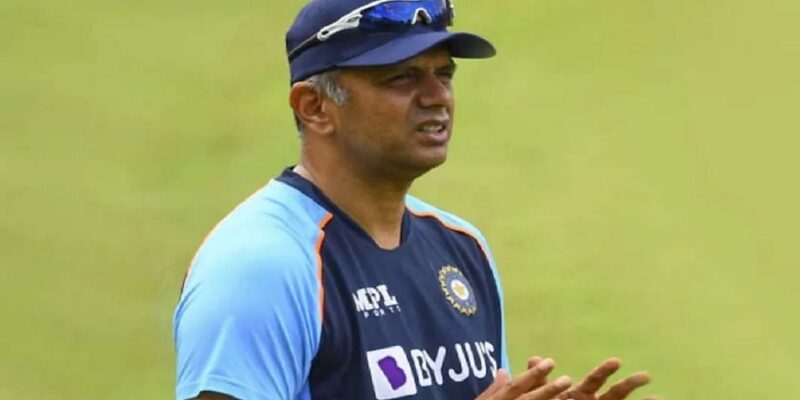 Rahul Dravid was the coach of Team India on the Sri Lanka tour.

After the T20 World Cup, Ravi Shastri will step down as the head coach of the Indian cricket team. The Board of Control for Cricket in India (BCCI) is looking for Shastri’s replacement, but the matter may go on for a long time, so Rahul Dravid can be the interim coach of Team India in the home series against New Zealand. The English newspaper Indian Express has given this information in its report. The newspaper has written that the BCCI will talk to Dravid to work as an interim coach in the home series against New Zealand. The board knows that it will take time to appoint the next coach, so it wants to add someone experienced like Rahul to the team during this time.

The newspaper has also reported that some Australians want to become the next coach of Team India, although the BCCI is not showing much interest in this as it wants to give this responsibility to an Indian only. For this reason, the BCCI had asked Rahul to become a full-time coach, but Rahul refused to do so. He said that he does not want to travel much. Presently Rahul is handling the work of National Cricket Academy which is in his own city Bangalore. Later the Indian board spoke to some more coaches but they have not received any positive reply so far.

BCCI has not given any advertisement regarding the coach. He is looking for a coach who will meet his needs. The BCCI is trying to find potential candidates before releasing the advertisement. In this regard, a BCCI official said, “We are looking for the candidate who we think would be a good fit for the role. We don’t want that kind of situation where we get a lot of applications but no one seems right for it. This will not be good for the board and also for the candidates. First it will be right to choose the right candidate, till then Dravid will be the interim coach.

This was the intention of the board

The board was thinking that he should talk to Shastri about continuing his tenure till the New Zealand series but he changed his mind. Rahul was the coach of Team India in the limited overs series on the Sri Lanka tour. At this time the main team was on a tour of England. India has to play a series of two Tests and three T20 matches against New Zealand after the T20 World Cup. Shastri was accompanied by bowling coach Bharat Arun and fielding coach R. Sridhar’s tenure is coming to an end.

New PM Fumio Kishida dissolves parliament in Japan, now parliamentary elections will be held in the country on October 31