PV Sindhu made this big change in her game to win a medal in Tokyo Olympics, the coach revealed 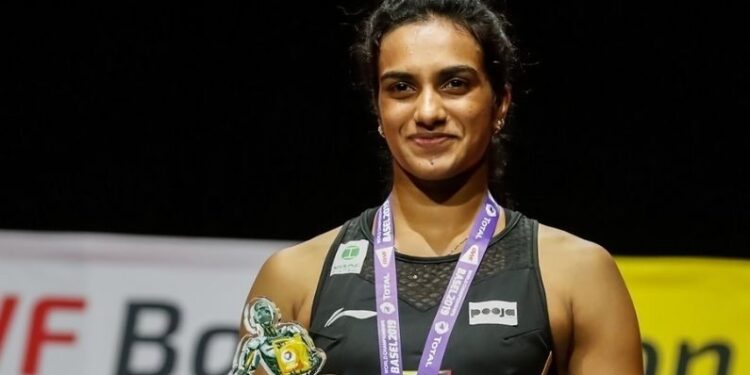 PV Sindhu created history by winning silver medal in Rio Olympics-2016 and this time too she is a medal contender in Tokyo Olympics-2020.

One of India’s biggest medal hopefuls is female badminton player PV Sindhu at the Tokyo Olympic Games, starting July 23 in Japan. Sindhu had won a silver medal in Rio Olympics-2016 and this time she will try to change the color of her medal. But her recent form was nothing special and this year she failed in the big tournament. Indian badminton team’s foreign coach Park Tae Sang said that Sindhu’s poor performance this year was due to her weak defense. He said that the rest days due to COVID helped him overcome this weakness before the Tokyo Olympics.

The 42-year-old coach was appointed to the men’s team in 2019 but is also working with Sindhu after Korean coach Kim Ji Hyun left after the Basel World Championships two years ago. Park told PTI-Bhasha, “Sindhu’s defense is weak compared to his attack. That’s why I am focusing on his protection before the Olympics.

He said, “Last year when the Olympics were postponed, I thought this was an opportunity to work on his speed skills and net training. Top players like Akini Yamaguchi, Tai Tzu Ying know that Sindhu’s attack is strong and hence they look forward to her powerful smashes. So we tried to work on his protection which is his weakness. For this, some changes had to be made in his game in the back of the court such as playing more drop shots or half smashes. ”

Did not get much success after COVID

Sindhu did not get much success after returning from leave due to COVID-19. She had crashed out of the first round and quarter-finals respectively in the first two Super 1000 tournaments in Thailand. She could not even reach the knockouts of the World Tour Finals. Even after this his performance was not expected. Park said, “I know that when she lost at the Thailand Open, a lot of people thought that her physical ability was not right, but it was not so. She reached the final of the Swiss Open, the semi-finals of the All England. Fitness was not a problem.

He said, “The only problem was with his defence, but now he has improved a lot in this department as well. ”

This football team preparing for the Tokyo Olympics left the match in the middle, the player was treated racially!