PSL-6: Shadow Australian bowler in the debut match, all the batsmen left helpless, have worn the team to the World Cup crown 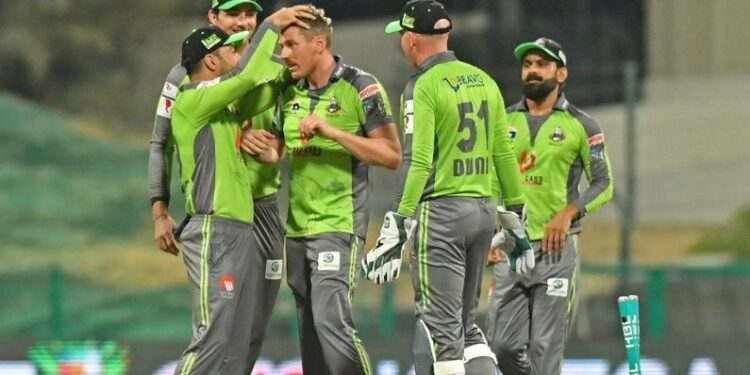 The remaining 20 matches of PSL-6, which were postponed due to coronavirus in March, started in Abu Dhabi from Wednesday 9 June.

After a long wait, many changes in dates and hard efforts of the Pakistan Cricket Board (PCB), finally the remaining part of the sixth season of Pakistan Super League (PSL-6) started in Abu Dhabi from Wednesday 9. Islamabad United vs Lahore Qalandars clashed in the 15th match of the tournament and this match saw a great performance from a player who was making his PSL debut. Returning to the cricket pitch after about 6 months, former Australian all-rounder James Faulkner made the batsmen helpless with his bowling in the very first match.

The Pakistan Super League was postponed only after 14 matches in March. There were still 20 more matches to be played in the tournament and they started with the clash between Lahore and Islamabad. Batting first, Islamabad had lost their 7 wickets for only 93 runs. Faulkner became the reason for this condition of the team. Debuting for Lahore, this bowler took the first three wickets of Islamabad in his first 3 overs.

After such a poor start, Islamabad could not recover for a long time and the team also lost its eighth wicket for 109 runs. Of these, 3 wickets for 32 runs in 4 overs remained in the name of James Faulkner. Apart from them, Ahmed Daniyal and Haris Rauf also took 2-2 wickets. At the same time, the legendary leg-spinner Rashid Khan once again bowled economical and took one wicket in 4 overs for just c runs.

Australia was made world champion

Left-handed former Australia all-rounder Faulkner has returned to the field after 6 months. He played his last match in the Big Bash League for Hobart Hurricanes in December. Since then he was walking off the field. Faulkner, who played his last international match for Australia in October 2017, took 138 wickets in 93 international matches. The most spectacular moment of his career came in the 2015 World Cup, when he took 3 wickets while bowling economical in the final against New Zealand and made the team champion. He was the man of the match of the final.